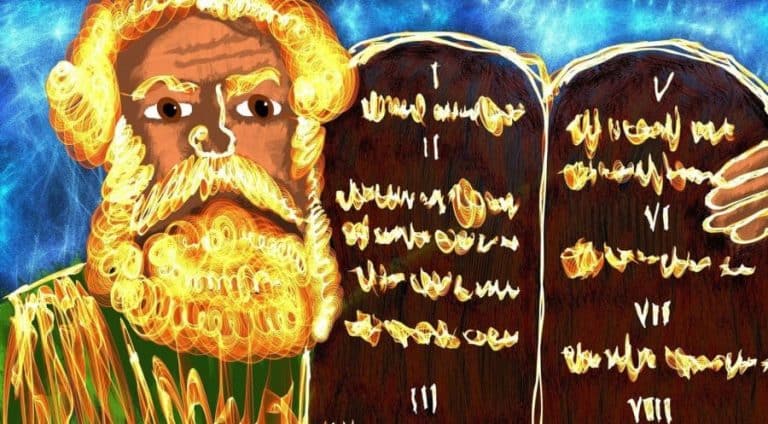 A key part of our strategy to achieve early retirement is our four single-family rental homes.

We’ve been fortunate to have super low vacancies in a market with very high tenant demand here in Minneapolis. This post highlights ten tips for successfully managing rental properties. Start your next side hustle off on a profitable footing!

I moved from the suburbs to the city over 12 years ago and since that time, especially as a landlord, I’ve come to know firsthand what living in this city has to offer. That move to the city over a decade ago also marked my first foray into owning a real-deal homestead.

I had no choice but to become acquainted with household and landscape maintenance best practices. I already knew how to cut the grass and shovel the snow. But that was the easy stuff!

I didn’t expect to learn on my own how to install a range vent. I didn’t have a clue about HVAC, washer, or dryer repair. It just so happened that all the useful crap I learned while maintaining our home while building bonds with our neighbors come in handy when we became landlords.

So, readers, if you’re thinking about getting into real estate rentals to accelerate your financial goals, look no further than the following tips for managing rental properties. Now, let’s cue the harps!

Even if the lease calls for a $50 late fee on rent payments, don’t bilk your tenants. They are likely making a lot less than you are and in some cases need to scrape up the money for rent.

Give them some slack. That said, you should expect communication from the tenant so you can know in advance that rent will be paid late.

9. Use the “pay it forward” strategy

Nothing is worse for either you the landlord or your tenants when it’s time to find new tenants at the end of a lease. (Save for evictions, which I’ve been fortunate to avoid, so far.) It’s a royal pain in the a$$ to arrange showings for prospective tenants since you have to coordinate with the current tenants, and, you likely have a day job cramping your schedule.

To avoid the hassle for both parties, I set the tradition in each rental of having the current tenant show the property to prospective tenants. This creates an incentive whereby the current tenant, wanting this process to be done sooner than later, puts their best foot forward.

They’ll make sure the house is clean and charm the socks off whoever stops by. They’ve even been known to sing their landlord’s praises. This practice keeps me from having to rush over to do showings myself, where oftentimes, people flake out and never show up at all.

Something I’ve been successful at in the last year or so is putting forward an option to sign on to a two-year lease, for a slightly reduced rent. For example, a single year might be $1,395 per month, whereas a two-year commitment is discounted to $1,375 per month.

Sure, I lose out on $240 in revenue per year with a two-year deal, but it’s well worth the cost to delay tenant turnover – which is where most of the work occurs as a landlord. Your goal is to make money, but also to make real estate rentals as passive an investment as possible.

7. Meet your new tenants before they move in

Of course, you want to meet your tenants before they move in (after you’ve screened them), but there are several less obvious reasons why. The main thing is to establish a foundation of trust.

I like to meet my new tenants at a nearby coffee shop to review the lease and get to know them a little. We go over every section of the lease and I’m always sure to point out the big items, to make sure there are no surprises.

Early on, I had tenants who called in a plumber as an “emergency” to repair a clogged bath drain. Never mind the fact they had access to a second bath/shower in the house.

That little repair job ran me close to $500. Now, whenever I have new tenants, I relay this story as an example of how not to engage in maintenance repairs. PLEASE CALL ME FIRST, YO! Sigh…

6. Recognize that leases will be broken (and avoid this!)

I learned early on how crappy it can be when a tenant wants to break their lease early. It happened twice in the same year, at two different properties. I guess a seven-month lease was all they wanted?

Now, I’m a reasonable person. If tenants have a reasonable situation for breaking a lease early, I’m willing to listen.

In each instance that year, each couple simply wanted to buy their own house and not pay rent anymore. I didn’t hold anything over them, simply because I was able to find new tenants and avoid a vacancy.

But moving forward, I put a clause in all my leases that more or less avoids any loss on my part with a broken lease. The clause allows the tenant to break the lease early, but for a fee of $400 for every month unpaid.

You can see how this might incentivize the 24-month lessees to stick around for a while.

5. Inspect your properties at least twice a year

There are several maintenance tasks you should check the box on, both in the late fall, and early spring. In the fall, I’ll throw a ladder in my trusty Honda Fit and clean out gutters on a single Sunday in early November.

While at each house, I’ll turn off the water to the outside and check the furnace filter. Nine times out of ten that thing is filthy.

This is despite language in the lease requiring a swap out every three months. I’ll also clear out the lint from the dryer vent, check smoke and CO detectors, and do a quick walkthrough.

In the spring, much the same, except you’re turning the water back on. The idea is to give your tenants plenty of space, but don’t assume your rental house is running on autopilot. Things break.

I’ve used YouTube several times to make repairs on washers, dryers, etc. It comes in handy. That said, you need to take the time to repair it.

Taking apart a washing machine and replacing a part can generally be done within an hour, but you need to be 90% about the fix. Otherwise, you’re wasting your time and prolonging an inconvenience for the tenant.

If my internet research tells me the problem could be one of three causes (a 33% probability of success does not inspire me), I might just call it into the pros.

3. Make your tenants pay for all utilities

Pretty straightforward here. I originally paid for the water and trash removal bills, but after a few years of going “What the F?” with some extravagant water bills, I changed policy.

Having your tenants be responsible gives them the incentive to conserve. It also teaches them a key aspect of homeownership – nothing is for free.

Now, there is one trade-off. In the “What the F?” instance, the high water bill was a clue that the tenants had taken in a third person – which is a no-no without the landlord’s prior consent.

This is another reason why 2x per year inspections are important.

2. Allow pets for a fee (and zero pets when your property is carpeted)

Another lesson learned from yours truly. Our very first tenants took in a puppy that turned into a bear. I think it was a Newfoundland, or a bear.

They had my permission, but I had no idea what this cute little puppy would turn into. Anyhow, this also happened to be a carpeted rental. Needless to say, carpet and ripped window screens aside, I now have a 30 lbs. limit on dog size.

I also get to approve the breed before a pet moves in. To help pay for the long-term impact of Fido and company on my non-carpeted rentals, I charge a $200 pet fee, up-front and a $20 per month pet rent.

I know at some point I’ll need to refinish those scuffed-up hardwood floors, among other things.

Take pride in the work you do on your rentals. I will not allow a tenant to live in any of our rentals if I wouldn’t be willing to live there myself.

Keep high standards. Return calls and texts from tenants promptly and with courtesy. Help your tenants with home basics. Even if they’re technically responsible for minor repairs under $25, I’ll almost always foot the bill.

Treat your tenants as customers. Get back to them quickly and resolve problems quickly. Congratulate them on big events, like marriage, newborns, etc.

The little things will build trust. You’ll be returned the favor when they tell future tenants what a great landlord you are at showings!

Be understanding when something does break, and don’t rush to conclusions. Houses require maintenance, and the better trust you build with your tenants, the better you’ll sleep at night knowing those homes are in good hands.