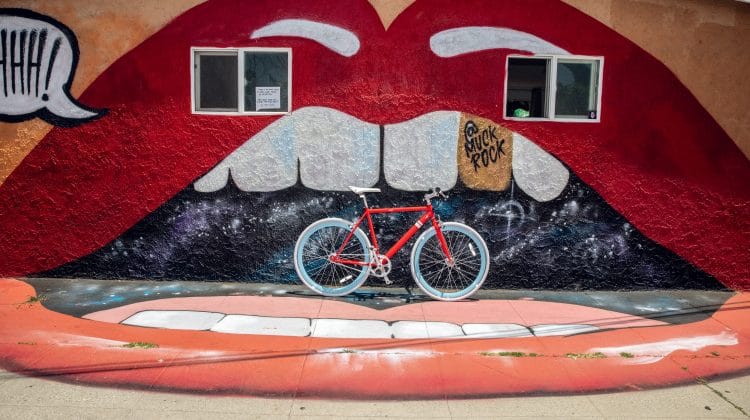 The headlines are catchy. Some 20-something out there worked hard for 5 years to save $500,000 so he or she could retire early before 30. A noble, Instagram-worthy pursuit to be sure, but with it comes a brutal stretch of self-deprivation. Starbucks suddenly becomes a no-no. Getting around in a car is a sin. You might even have to give up your gym membership. Damn.

I’ll be the first to stand up with a hearty “Bravo!” to those among us with the will, determination, and financial knowledge to pull off MillennialFIRE (or whatever that version of Financial Independence, Retire Early is…) These are the young adults who witnessed the problems their parents or friends’ parents went through during the Great Recession.

Not wanting to go through what their elders did, many Millennials are going to live lean or go for the big bucks. They’re certainly not going to let an employer or a mortgage bank (or Wall Street?) dictate their financial fate.

But are there aspects of the journey that can lead to deprivations that aren’t necessary? Some aspiring early retirees go so far as to only take cold showers to save on utility bills. Some rely on dumpsters to replace a nightstand lamp. Is it worth the energy and social stigma to live in a van down by the river to reach a permanent vacation before one’s third decade? Let’s dive in…

How My Point of View on Self Deprivation Has Evolved

Back in late 2014 when I started on the journey to FIRE, I went into it “whole-hog”. Thanks to Mr. Money Mustache, I was armed to the teeth with every nook and cranny of personal finance savings opportunities on the planet. Heck, I even took out a 5/1 ARM refinance to give me an incentive to pay off our mortgage early.

Oh yeah, and I started riding my bike to work from time to time. The Mustache Blog had me walking and biking for most all my errands, even in the dead of Minnesota winter. Starbucks was banned.

Notice I said “I” quite a bit there. My wife, although frugal to begin with, wasn’t on-board with this over-the-top approach to living. I had to back-pedal quite a bit because I failed to bring my best friend and partner along for the journey early on. We were already living small, and here I was, asking her to live even smaller. And we’d just brought twins into the world.

Eventually, I tempered my enthusiasm to ensure harmony in the house and we found our common ground. Starbucks was no longer banned.

As the last five years in my journey to retire early (before 50) waxed and waned, I continued to buckle-down at work. See, having an ambitious 5-year goal generates a lot of steam for your 9-to-5 engine.

Also during those five years, I kept going hard at real estate to build a micro-empire of income. These dollars didn’t directly go to a magic mountain of retirement cash, but the rents allowed us to get through four-plus years of childcare costs without gashing our income.

Once childcare costs abated (thank you, Kindergarten!) and the mortgage got paid off, it became a lot easier to buy shit we didn’t necessarily need, but wanted. Starbucks is no longer banned, and even I have a rewards app on my iPhone 6.

What You Should Deprive Yourself of While Seeking FIRE

Not to preach or anything, but there are certainly some key, big-time expenses that you might want to avoid or limit while pursuing FIRE. These are the big things that put real big dents in your accounts. These are also the kind of things you won’t give a rat’s patoot about when your rocking chair years are in full swing (rock, or whatever…)

I could rattle off a few others, like cable TV for instance. But most of my readers are savvy enough to have ditched cable and instead opt for a digital antenna, Netflix, and PRIME or some combination thereof.

Oh yeah, and cut your hair if you’re balding like me. You should learn how to cut little kids’ hair too.

How We Treat Ourselves While on the Journey to FIRE

Watch the door for the Privilege Police, would ya? Thanks. Okay, there are a few splurges we’ve rung up over the last five years. Nothing egregious mind you, but you can’t underestimate the power of the Dark Side (You know, Mr. and Mrs. Jones, next door??)

There is more. I recently signed us up for Disney+ because I refuse to deprive myself of Baby Yoda (The Mandalorian). The neat part about that is I set up our account on the Airbnb unit, so the subscription fee can be treated as a business write off (and it’s a nice service to offer our guests!)

Thoughts From Fellow FIREmen and FIREwomen on Self-Deprivation

I had the fortune of receiving a wealth of feedback from my Twitter friends on this subject. Here’s what they had to offer in response to my query: “Curious what others are willing to deprive themselves of while saving a nest egg (or FIRE I guess). Small stuff (Starbucks) to big stuff (houses, cars) … All fair game.”

Bob Tawcan: It depends on what people define deprive I suppose. We cut back on heat, electricity, and water usage but some ppl see that as deprivation.

Recent Golden Nameplate winner Gwen at Fiery Millennials: I went secondhand for a lot of household goods and kept my old car. I realized most of it was functional but I didn’t like it so now I’m deliberately upgrading things like plates, silverware, living room decor and more.

Solid Dividend: Clothes. I keep old ones till they’re pretty much torn. Shoes as well.

Another Golden Nameplate winner, Joe at Retire by 40: We downsized from our old 2,000 sq ft single-family home to a 1,000 sq ft condo. The primary reason was to move to a more walkable area. It worked out financially, though. We are used to living in a smaller space and don’t need a big house.

Michelle at Frugality and Freedom: Hotel accommodations on vacation (I rock hostels, shared Airbnbs or housesitting)

Millennial Boss: Time … because I stuff my day with side hustles.

Kristine at Frugasaurus: I think I’d have to second time. Shopping second-hand and commuting by bike/bus is normal to us, and probably not something we’d stop once we “get there”.

Hannah Rounds: While on a modest income, we opted to “house hack” and rent out our bottom level (in our 1400 sq foot house). We also opted to be a single-car family. Doing this 6 years allowed us to make massive traction on less than 6 figures of income (and two kids in daycare).

Kate at Goodnight Debt: I deprived myself (of) the luxury of acting “normally.” I don’t consume at the expected pace. I don’t buy the expected things from the expected places because society says I should. It would be a lot easier to be normal, but I’d have a lot less money.

A great one to round out this collection of depravity! Err, I mean deprivations. Sorry, Webster. I couldn’t agree more, seriously. Kate nails it here. Many of us feel we have to live like monks and accept the scorn from our friends, family, and neighbors for living a small-footprint-life. Boo… Hiss… Hogwash.

The main thing to ask yourself is are you content with how you’re living? If you get overwhelmed by FOMO, examine whether the things you’re missing out on are material or relationship in nature. The latter is what counts. It’s still cheapish to go on road trips with friends. You can host parties without dropping a ton of coin.

And nature, while we still have it, is still pretty darn accessible. We’ll be hitting up a new national park or two in 2020. Hike till you drop I say! I won’t deprive my FitBit (splurge) of all those wonderful steps…

Previous Post: « Golden Nameplate Awards – The Class of 2019!
Next Post: How to Protect Your Home From Burglary »