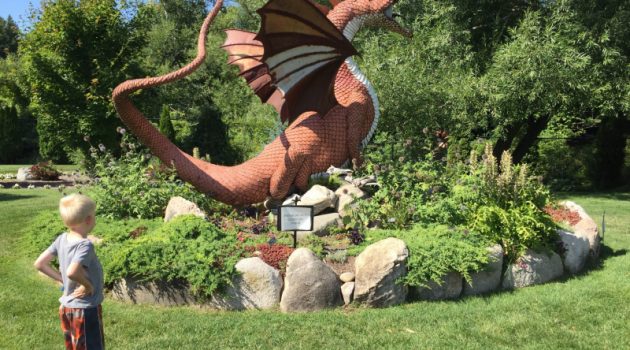 I’m not a financial expert.

I’ve never worked in the banking, finance, or investment industry. I’m an arm-chair advice dispenser trying to keep money from being a source of worry in my life. This is an open letter to folks seeking financial independence. May you realize happiness now and not wait until a magic personal finance remedy comes along…

Life, liberty, and the pursuit of happiness. That’s such an interesting phrase in our Declaration of Independence. As if happiness is something we must constantly chase. In truth, happiness is nothing more than chemistry. Financial Independence won’t make you happy. Dopamine, oxytocin, serotonin, and endorphins will, for a set period anyhow.

If you want to give those chemicals a boost, focus on building strong relationships centered on empathy. Make exercise (cycling, running, etc.) a part of your daily routine. Stay in a good mood by avoiding long periods of fasting, but don’t over-eat.

You’ve Got to Have Long Term Goals

There is one aspect of our biochemistry tied to financial independence: Dopamine (the brain chemical associated with anticipation). Striving for something that has a reward, in the end, keeps us motivated and looking to the horizon.

Just like planning a Disney Cruise that’s a year away, financial independence in 5, 10, or 20 years could give you something to strive for that excites you.

Just remember, once you’ve hit financial independence (or early retirement), the dopamine fades away and you’ll have to find new goals to strive for. You could set out to travel the world and check the box on bucket list adventures, perhaps?

Maybe there are personal fitness goals you’ll set out to attack: run a marathon or swim across Lake Erie, for instance? The point is, that you’ll need to find something new after you’ve reached the FI rung on the ladder.

The good news is that dopamine can fuel our long-term goals. Paying off the mortgage takes time. Achieving a master’s degree takes time. Raising kids through to their graduation from high school takes time.

Focus on Your Basic Needs First

Put your phone down for a minute. Now see if you can keep from touching or looking at your phone for two minutes. Stretch that to five. Are you twitching yet? It’s amazing how we’ve short-circuited our brain’s wiring with the immediacy of social media.

Re-read that last sentence of the intro paragraph. How much does clinging to a smartphone like a toddler’s pacifier help you achieve those very real needs? If anything, we’ve found new ways to distance ourselves from real communities and families, aided by “smart” technology.

Maybe we need to put more energy into the communities we belong to at work, at home, in our kids’ schools, and in churches (if you belong to one). Financial independence doesn’t depend on whether or not you’re a Facebook or Twitter addict, but it can similarly distract you from nurturing basic needs.

Note that there have been countless souls who’ve never achieved financial independence and are as happy as if they’ve won the lottery over and over again.

There have been countless wealthy people who’ve seemingly had everything anyone could want, only to take their own lives. Don’t be fooled into thinking Financial Independence is some magic drug for achieving happiness.

How Personal Finance Goals Can Be Useful

Not everyone is built for the work-a-day life society expects of us. That’s not a shocker. We’ve clung to command and control, hierarchical models of work that are seemingly devoid of trust in employees. There are a few successful companies that recognize the value of teams and there you’ll find employees who thrive in their jobs. Imagine that!

But for the majority of us, work is a slog. The pursuit of financial independence won’t make us happy, but I believe it will improve one’s outlook by having something significant to strive for. Bad bosses, long commutes, and long hours without a decent raise (or any raise). It all adds up to a workforce on the brink.

Getting your finances in order can remove a source of stress so that you can stomach the work stress a wee bit easier. That’s been my experience anyhow. I’ve found it somewhat easier to tolerate bull$h*t and wasteful work demands thanks to having reached “FI”. But here’s the catch – that stress, albeit slightly less, remains quite potent.

Financial Independence makes it easier to stand your ground and push back a little on the nonsense. You can take chances knowing the worst thing that could happen is you have to find a new job. Even if it pays less, who cares? You’ve already got your financial ducks in a row, right?

Put down those silly books about Happiness Projects and all that happiness hack jazz. Figure out your “why” to make sense of your “how”. If you’re just spinning your wheels without a sense of purpose or direction, then you’ll likely end up with very little dopamine in the tank. Some examples of useful “whys” from eras pre-dating the FIRE movement include:

Once you have a why or two figured out, let it sink in that your happiness is not something you can modulate or control through external actions. It’s brain chemistry. You might’ve been born with a happier disposition than most and you can thank the genetics lottery for that.

The battle between being too high and too low is resolved through natural selection. A bunch of happy clowns won’t stand a chance when winter comes.

They need the Debbie Downers to remind them in August that it’s getting colder and the collective needs to gather food for the winter. Financial independence is a pretty new thing on the timeline of humanity, so it’s worth some perspective.

You can do a lot to ensure your natural happiness disposition is edging towards the high side of its range. All you have to do is admit those chemicals are the main force at work. Take action to trigger some “feels” today:

Finally, if you suffer from depression or you suspect you have it, don’t hesitate in seeking help from professionals. There’s an awful epidemic of suicide among young people in this country and much of it is due to a lack of resources and an unwillingness to tackle the root cause of the problem. There are solutions if we work hard enough to find them.

Seeking Financial Independence Is Nice, But It’s Not Everything

Life is growing up and making friends. Life is exploring the world, whether it’s the ins and outs of your town or village or the world across oceans. It’s learning and sometimes getting hurt in the process. Life has moments of drudgery and slog. It also has moments of utter joy.

Financial independence won’t cure an unhappy life, nor will it make a relatively happy life happier. It’s simply another goal among goals. A useful thing, sure, but it may not lead to what you expect, once you achieve it.

Admittedly, there are good reasons to pursue FI. Perhaps the best example of how Financial Independence can lead to a better “why” can be found with Bill Gates. To inspire yourself with his story in the engaging three-part Netflix series: Inside Bill’s Brain: Decoding Bill Gates

If you want to pursue a more meaningful “why”, and Financial Independence helps you get there, then go for it. Just don’t expect FI to be the magic happiness beans that I fear many who pursue it think they’re going to get.