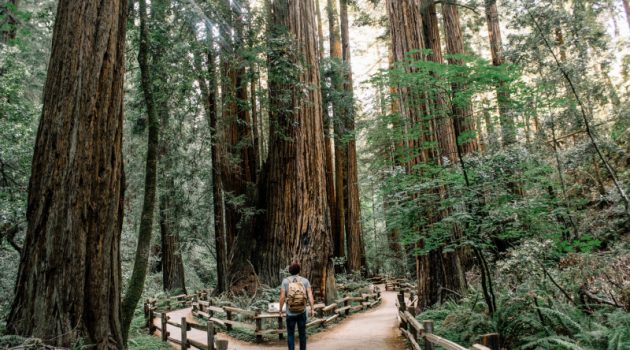 This time of year is typically when the winter blues start to hit me.

I’ve got too much to be grateful for to complain, but the slog of winter doesn’t bring me a ton of joy. Some incredibly real and awful events happened to a friend of mine this past week.

Time to show some strength for him and his family. The struggle of life smacks us right upside the head, and often when we least expect it.

Retire or Not Retire? The Retirement Crossroads Are Here

There continue to be layoffs and major reorgs going on at work. I don’t know most days how “secure” I am in my position.

That’s pretty ironic after I’ve written about surviving the cubicle jungle. Sometimes it just doesn’t matter how savvy you think you are.

We can only control so much.

The thing is, I’m not down about that. I’ll always maintain that the most important aspects of the FIRE journey are two-fold: One is getting your financial house in order. Be prepared in case your job is suddenly at risk or some emergency pops up. The second important aspect is mastering mindfulness. Know where your true priorities lie, to avoid regrets later on. Simple stuff, right?

75 Days Until I Do What Again?

Decisions, decisions! Not that I’m driving my wife nuts with my early retirement indecisiveness of late, but I’m at the proverbial crossroads now. Like an Upper Midwest winter, I grow less tolerant of workplace baloney even as I get better at learning how to manage it. New boss, new direction, and more “storming and norming”.

But again I’m fortunate. I haven’t been given notice (yet) of my job being eliminated.

It’s quite tempting to want to call it a day come mid-March and put cubicle life behind me. Except … I feel like I’d be running from a challenge and ignoring growth opportunities. Set aside a few of the bad eggs at work and generally, our office spaces surround us with the same mix of people we’re friends and neighbors.

Some jobs call on us to improve how we interact with others while we improve the bottom line. Yeah, most of it is total bull$h*t, but there’s a sliver of value to that dynamic. Good thing, not all workplaces are the same. We can hop from one cubicle lily pad to another, and another, until we’ve found (or created) the Team (capital T) that works for us.

If I just up and leave, what will I do next? I could see myself enjoying a two-month sabbatical. I’d focus on writing new blog posts and catching up on some rental maintenance work. Eventually, I’d start to miss being surrounded by a bunch of people I barely know, don’t know at all, or know too well and can’t stand (i.e., the office).

Early Retirement Irons in the FIRE

Being the consummate overthinking, overanalyzing planner, I’m probing each fork in the road. There could be another job in an entirely new setting around the corner. Odds are I might just stay put but find a different department with familiar faces, assuming they’d take me.

Maybe this is the lesson: wait too long to retire early and you start to take work personally. You’ve become conditioned to that life behind bars. It’s as if everyone around you is working towards that same Boy Scout badge, and you’ve got to get yours too. FOMO from cubicle life??? To retire or not retire becomes an understandable condition.

I give a lot of credit to all I’ve read about who have retired early and managed to avoid cold feet or regret. Granted, the big shots in our FIRE landscape have created meaningful substitutes for co-workers through creating a FIRE community. They’ve replaced cubicle work with projects that keep their minds engaged and lives enriched.

And that lesson my friends is obvious: there is no giving up work or value creation and social bonding when you retire early. Not if you give a crap.

Now, I am a bit envious of the early retirees who’ve hung it up and managed to avoid taking up new projects or establishing new social networks. They’re the naturally introverted set and gravitate to solitude, they’ve found their path and it works amazingly well for them.

I thought I was among the introverted crowd for a good chunk of my adolescence. But when you find yourself alone as I did one summer during college and you start to malfunction due to a lack of people around you, you realize right quick how important people are. Even the borderline annoying ones.

(So give your more annoying cube mates some knuckles today in appreciation for their simply being there, fighting the iffy fight with you!)

The break-in at Rental A created a whirlwind of work for yours truly. I’ll come clean here and now and remind you that being a landlord is not always a passive exercise. Sure, you can go months on end without a peep, but when an emergency like a burglary happens, you need to be ready.

The frugal mister that I am, I opted to replace an entire entry door, in the frame, by myself. It took some patience and bravery, having never done this before. But thanks to YouTube, and a contractor who was willing to walk me through a few steps over the phone, gratis, I got the job done.

See, we’re all capable of more than what we realize. Circumstances sometimes force us to find that out about ourselves. Other times we boldly take the initiative. In this case, I put in a couple of days of work (one for popping in the door, another for getting the trim back up) and avoided spending over $2,000 for someone else to do the job for me.

I’m also hyped up these days about going even more vegan than before. Having watched The Game Changers on Netflix, I’ve got a new appreciation for why plant-based diets are incredibly superior. I won’t give up the occasional filet mignon. I’m not fully turned to the Dark Side just yet…

Mrs. Cubert and I also screened That Sugar Film on Amazon PRIME recently and wow – another huge eye-opener about the damage sugar can do (no, all calories are NOT equal!) The scary part is how that crap, in all its forms, is hidden in just about every processed food on the shelf. If you’re a Mountain Dew drinker, my heart goes out to your dentist…

Still learning how to live my best life, while shuffling about at the crossroads of my corporate journey. Life is beautiful!