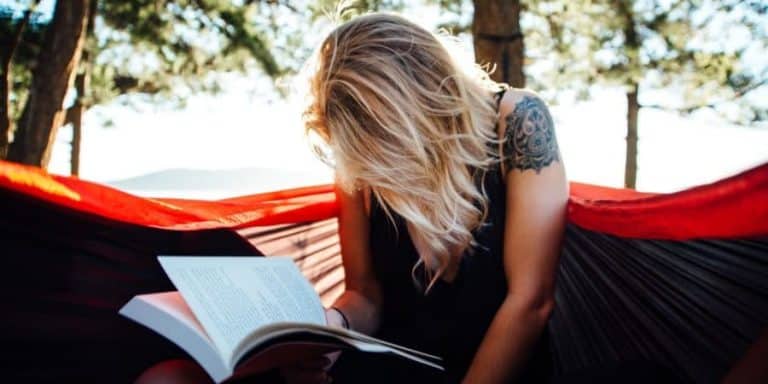 Most of the advice you’ll find on blogs like this one comes from authors who have achieved higher than average incomes. In many cases, incomes before retirement are in the six figures (or more) and both partners are high earners. If you’ve ever wondered How to Retire Early on Less than Six Figures, look no further…

It comes as less of a surprise when household earners making $150,000 or more a year can quit working at 40 or younger. But is it even possible to retire before 50, when your household earns less than six figures?

For this case study, our fictitious family is the “Johnsons” (that’s a small nod to the Scandinavian heritage of Minnesota. You betcha!) We’ll use the most recent census data to get the average household income of $52,000 per year. That’s Mrs. Johnson’s annual gross income.

Is It Possible to Retire Early on a Modest Income?

Mom and Dad Johnson are both 33 years old. Mrs. Johnson is the primary breadwinner and works as a dental hygienist. Mr. Johnson stays home to care for twin toddlers, a boy and girl age 3. To supplement their income, Mr. Johnson now teaches a few cross-fit classes per week, which brings in about $5,000 net per year.

Mrs. Johnson wisely contributes 10% of her pre-tax income to a 401K, with a 3% employer match. 100% of the 401K is invested in large-cap growth index funds. After taking into account the 401K contribution, and factoring in taxes, the Johnsons’ annual take-home pay is $40,800 (which includes Mr. Johnson’s part-time gym instruction net pay.)

The Johnsons live in the Minneapolis metropolitan area. A 2015 analysis by SmartAsset has Minnesota ranked 44th among states concerning cost-of-living.

Mrs. Johnson carries $20,000 in student loan debt, but they’ve avoided carrying any credit card debt over $1,000. With only one working parent, the Johnsons rely on a single car, a hatchback, to get around. There’s $10,000 remaining on the loan, with monthly payments of $300.

For nine years before having kids, Mr. Johnson worked as a full-time gym instructor, taking in about half of Mrs. Johnson’s gross pay, or $26,000 per year. They decided to put all of Mr. Johnson’s pay towards a down-payment payment on a modest (by today’s standards) $150,000 house, just a year out of college.

Over the next nine years, all of Mr. Johnson’s pay went towards paying down the mortgage. By age 31, the Johnsons owned their home free and clear, and now only pay property tax and hazard insurance. HUGE!

During the two years between paying off the house and welcoming their twins into the world, the couple added a bedroom and bathroom on to their house for $50,000. Mr. Johnson set aside two years of his pay to cover the cost of the renovation. The house can now comfortably support a family of four, for the long-haul.

Mrs. Johnson has a 10-mile commute and the family enjoys biking and walking to get around the neighborhood. The grocery store, library, and pharmacy are all within a half-mile radius. This keeps fuel expense low, and also helps keep doctor bills in-check as everyone is active and on their feet.

There’s a lot positive going for the Johnsons. One, they have no mortgage to deal with, having aggressively paid it off in their pre-kids years. Additionally, with just one vehicle, they’ve cut a major expense factor out of their ledger: half the maintenance, half the insurance, half the fuel cost, etc.

The Johnsons Want to Retire Early at 45

Our fine family has big plans for early retirement. Foremost, both enjoy fitness and travel and being outdoors. They want to be a big part of their children’s growth and development. Both Mr. and Mrs. Johnson enjoy volunteering, gardening, and they even have a notion to write about their financial goals in a personal finance blog.

To retire at 45, we need to make sure this family has a sufficient sum of funds to get them through to the age they can easily access their 401K funds (age 60.) That’s 15 years of living expenses to come up with. It sounds like a big hill to climb.

Since the Johnson’s are super-disciplined with their dollars, they choose to put all of their annual net savings from age 33 to age 45 into a taxable index fund with low administration fees (Vanguard.) Assuming an average return of 7% per year, the annual $11,600 invested will grow to $250,000 by age 45. At that point, the couple may want to move their investments to a blend of stocks and bonds to avoid any serious volatility in their stash.

To provide a margin of safety in their budget, Mr. Johnson continues to work part-time at the gym, and Mrs. Johnson works part-time as a tutor. This brings in a small amount of $400 net per month, but it’s enough to allow the $250,000 stash to last the full 15 years, with an annual $24K withdrawal to cover living expenses, until age 60.

Within five years of retirement, Mrs. Johnson’s student loans are finally paid off. Also, the kids have worked their way through two years of community college and are set to transfer to (in) State U. With the reduced monthly expenses from the kids moving out and being on their own, the Johnsons can confidently make it to age 60 on the stash they’ve built-up.

By age 45, with the car and student loans paid off, the Johnsons can afford a high deductible health plan from the Minnesota State Exchange. Their low-income will allow a sizable subsidy to keep costs in the $400 to $500 per month range. (NOTE: We’ll keep an eye on this. With annual exchange premiums rising by over 50% in many states, the picture for early retirees is starting to get a little cloudy on the health-care front.)

For ages 60 to, let’s say 99, the Johnsons will rely on their now sizable 401K stash, complemented by Social Security. The 401K will grow to roughly $1.2 million by age 60. With Social Security added, the Johnsons can safely draw over $50,000 per year from the fund (about 4% per year) until the day they pass at a ripe old age of 99! If they need to, they can sell their home and downsize to recover even more capital to work with.

There are certainly some critical factors involved in the success or failure of retiring at 45 on less than six figures. The Johnsons were diligent in paying down all debt and avoided making marginal-impact lifestyle upgrades: bigger houses, flashier cars, and private schools.

The Johnsons live in a fairly high cost of living state, but Minnesota has high-quality public schools and strong markers for quality of life and health. The family has no pets due to allergies, but this has the side benefit of saving them $33,000 over 15 years (assuming they otherwise kept 1 cat and 1 dog.)

You’ll notice there’s no cable bill and fairly minimal cell plan. The Johnsons watch TV occasionally, with their high-def antenna, which carries free, over the air local channels. They’ll otherwise check out movies from the library. They could even squeeze in a Netflix subscription into their budget if they wanted to.

The family sets aside $1,000 per year for travel. Not a huge some by any means, but they enjoy road trips and have the option to save up for bigger trips if they choose. They can if they choose, with strong credit scores, take advantage of credit card sign up bonuses to off-set travel costs.

Retiring early is a viable option for the Johnsons. Even at lower incomes, the main factor is this: If you can save 40% of your income, you can retire within 20 years. If you can save 60%, you can hang it up in 12 years.

If you live on less than six figures and want to know how viable your early retirement options are, check out OnTrajectory. You may be further ahead of the game than you think!