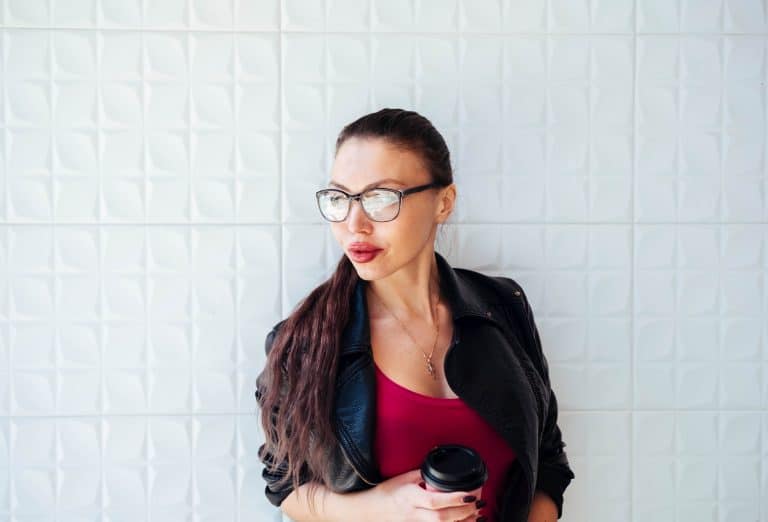 Way back in late 2001, yours truly got laid-off. After being in the workforce for a little over five years after college, this came as a bit of a shock. I thought I had it all figured out, and was “well on my way.” Here’s the sordid tale about why my Peace Corps recruitment failed. Backing out of a big commitment is nothing to be proud of.

I had been working for a large multi-national company in the IT support department. This was the job where I got to witness my old friend ditch his cubicle job in such an inspirational way.

After the horrific events of 9/11, we were all understandably on edge, for a lot of reasons. Not the least of which was being attacked on our soil. Within a few months of the attacks, a recession was in full swing. Job losses mounted.

I remember staring at the $1,000 Tag Heuer watch I’d bought myself back in August 2001 as a reward for another fine year on the job. That 5% raise had me feeling pretty good about my future at Global Domination, Inc.

I looked up from that watch to witness my boss tearfully inform me of my termination. My attempt to comfort him went something like, “It happens. I’ll be fine.”

About 500 others got the news that day. It sucked. I went home and stewed for a few hours before letting off steam on my bike. On that ride through the woods and around one of our 10,000 lakes, I brainstormed what to do next. Maybe I should join the armed forces? Peace Corps?

Later that evening my girlfriend did her best to cheer me up. We went to Nye’s Polonaise Room in downtown Minneapolis. Long since closed, this classic was once Esquire’s Best Bar in America. But the karaoke piano bar wasn’t helping my mood this night.

Peace Corps for Laid Off Professionals

Within a few weeks, I had grown tired of filling out job applications and making fruitless calls to recruiters. Even the jobs I didn’t think ever return to had dried up (call center rep).

Now I was thinking, “better get ready to pawn off this sweet new watch…” At least I was still getting a steady monthly rent check from my roommate. But even that wouldn’t be enough once my unemployment checks stopped coming*.

Having several good friends from overseas got me thinking of an international escape. I decided to look into the Peace Corps.

Hell, if I’m not going to find work I enjoy here in the U.S., I could at least find something interesting overseas that pays next to nothing but is incredibly more rewarding. An epiphany emerged: Ditch your Office Space life before it’s too late.

I filled out the massive application. There might have been an essay component too. I got a couple of close friends to write epic recommendation letters.

After several weeks I’d completely forgotten about applying for the Peace Corps. I think they were either over-burdened with applicants or simply wanted candidates to marinate to ensure they were serious.

Either way, I went about my life and even went on a Caribbean cruise with three other buddies. We booked it before I got canned.

As soon as I got back from the cruise, my girlfriend dumped me. Not the vacation afterglow I was hoping for. At least maybe this would help me focus more on those studies, right! Silver linings…

Things couldn’t get any better at this point, so I said to heck with it. I’m going to finish my part-time MBA, a full-time way.

I got to work and cracked those books like a mother fo and cranked through that year in an academic style. I managed to keep afloat that year with the help of a home equity loan. Chalk up one newly minted MBA exactly one year later.

During the home stretch of my studies, I once again began looking for work. The job market still stunk big time even 9 months after getting laid off. I eventually landed a decent gig managing help desk agents at another Fortune 500 company. I figured, let’s give this office gig another shot.

Gearing Up to Go to Ukraine!

Life seemed to be on this amazing new course for me. New job, MBA in hand, all while having a blast with my friends. Then I got the letter in the mail:

You have been accepted to the Peace Corps, with a mission in Ukraine. Start packing.


Oh, sh*t! NOW they get back to me??? Hell, I would’ve been first on the boat a year ago, after my life was turned upside down. NOW they come to take me?

Needless to say, so much about my life situation changed that an inevitable decision was bound to come up. Knowing how much effort went into this process, and knowing the once in a lifetime opportunity presented, I started getting ready…

It gets better. Within a week of being accepted, I get a call from the ex. And all of a sudden we’re reunited. And I’m such an idiot. Is that how the song goes? More appropriately, Listen all y’all it’s SABOTAGE!

Setting THAT big development aside, I had to get my act together fast. My Ukrainian was rather rusty (nonexistent), and my Russian only somewhat better (I knew a few spicy phrases, courtesy of friends.)

Oh right, I had a roommate living in my townhouse. What the hell was I going to do about that? A smarter version of me might have opted to rent out my room for the two-plus year duration of the mission.

But I was like, Nah, just sell the thing. At least by 2002, the housing market was churning along the slope and I got a nice profit from the sale.

All of a sudden, I became a minimalist. Because, what the hell am I going to do with all my hand-me-down furniture? This was the first time (and last time) I’ll ever sign up for rental storage space.

What a pain in the ass to haul all my crap to that locker and pile it up just so. And to pay to have it just sit there? WTF.

Meanwhile, I’m continuing to date my ex and getting more and more attached to that situation. (More attached than I had been to the idea of Svetlana and Natasha.)

By the time I’d sold my townhouse the clock had been rapidly ticking away towards a departure overseas. I knew what I was getting into, for the most part.

On the positive side, the handful of blogs I followed highlighted the many wonderful things I could expect after picking myself up off the ice:

My Peace Corps Recruitment Failed Because of Money

It all added up. I had my papers ready, and I had just a couple of months to go before I closed on my townhouse sale, and set sail for Eastern Europe. I even had my multi-plug-in converter thingy, and travel journal packed.

All the while I was pretending at my new gig that nothing big was occurring outside. But I did imagine simply up and walking out on my last day in the office. “Where did Cubert go? His lunch is still sitting on his desk.”

It was a flurry of immunization shots, blood tests, and paperwork preparing for my mission. I was going over some financial readiness tasks when I began to reflect on what two and a half years overseas would mean for my retirement savings.

I think Mad Fientist probably has a graph showing two divergent lines over a long-range time series. Honestly, I didn’t even do the math at that time.

I remember the fateful day. I called my Peace Corps rep and told them my decision not to accept the invitation to Ukraine. My new priority would be to find a place to live since I sold my house and closing was coming up soon.

My friends and family were delighted I was staying. I think they understood how much my situation had changed during the year. More than anything, I felt loved and appreciated, which is a dang good feeling to have.

One could try to make light of this whole episode but in truth, it’s one of my biggest regrets to-date. I committed something very important, only to later break that commitment.

I had even met a Ukraine volunteer on break in Minnesota just a month earlier. Following her blog had given me a good view of what Ukraine’s life might be like for me. It felt like I had wasted her time.

No excuses. Part of my new mission with early retirement is to make community service a priority. Not the big adventure like the Peace Corps, by any means. But who cares. A little bit older and wiser, it’s a good thing to help people in your backyard too.

I’ve since been a helluva lot more cognizant of keeping commitments. A lot of work went into vetting me and preparing my mission. I’m not sure of the Corps was able to quickly fill my spot. I sure hope so.

A key lesson is not to let money fears stop you from great adventure early in your life. Who knows? I might’ve landed a sweeter job after the experience, having gained a second language?

As for being reunited? Well, that song ended within a few short months of my decision to stay. No regrets there.

Readers: Do you have experience quitting the Peace Corps or a similar commitment? Please share in the comments below!

*Yep, my very first venture into being a landlord was the smartest move I’d made at that time. When you’re single and owning a house, you better be renting out that spare second, third, (or fourth???) bedroom.