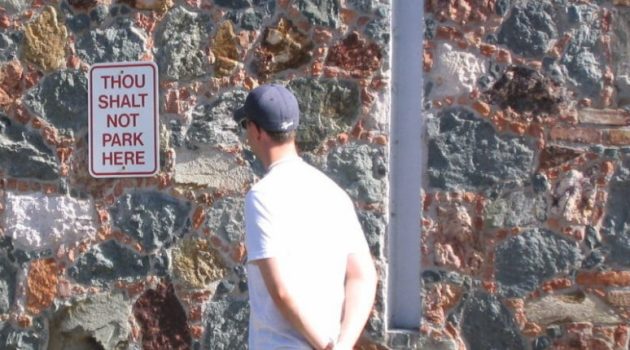 Growing up, we all learn over our formative years how to be agreeable.

We fight it as toddlers, mastering the word “No” while we test our boundaries. But by the team we’ve reached our cubicle destination, we’ve forgotten the incredibly powerful skill: How to say NO.

Think about the last time you turned down a promotion, a job offer, an engagement proposal, or even a free lunch. Pretty rare, right? Most of the time we choose to accept what’s put in front of us, without considering the “No” path.

I’ve become a firm believer in the power of saying nay. Not just because I’m a smug, smart-ass who’s apt to preach about money and early retirement. It’s because saying “No” has allowed me to become a more confident smug smart-ass. I’ll explain.

It’s Easy to Get Overcommitted

When I first discovered that there existed a viable path to early retirement, it changed everything for me. I stopped obsessing over the corporate ladder climb. The first taste of freedom, really, when you don’t feel shackled to the pressure to advance.

Within a year of finishing a major project that was a pretty big success, I was offered my first crack at promotion. Guess what? I turned it down. I knew that if I took that job, I’d be miserable. Expectations ratchet up quick at the next level. And I quite enjoy spending time with my family.

Now, I knew that this meant foregoing a pay raise and the prestige that comes with advancing up the food chain. But I didn’t need to think about it too long. Sure, my boss was surprised, but she supported my decision.

She respected my declining her offer so much, I got the biggest raise and bonus to that point in my career, later that same year. I think mastery of my job had something to do with that.

Mastering How and When to Say No

I’d got to the point where I could handle just about anything thrown my way, and avoid pitfalls (a euphemism for trips to the principal’s office.) The next level at my job would’ve brought on a dumpster full of corporate political waste. I didn’t want to dive into that.

I suppose you could make an analogy to sports with this idea. If you’re a good relief pitcher, would it be wise to take a starting pitcher’s role?

You could end up being a fantastic starter.

Usually, though, you’ve mastered the art of getting out of jambs and slinging it hard for just a few innings to close out the game.

And that’s my plan. I intend to close out the cubicle game by staying put. I’ll work hard and deliver with pride, but I’m not going out of my way to sell myself as a spit-shined upper-tier middle-manager.

Mastery of my current role evolved through a combination of experience and a willingness to change. Keep that in mind if you’re curious about succeeding in your job. Experience is certainly important, but if you’re not willing to change, forget about it.

Knowing When to Commit

Repeat after me, “I, avid reader of www.abandonedcubicle.com, hereby agree to say ‘Yes’ to any new corporate directives on process and culture changes.”

Businesses die when they refuse to change. Similarly, careers die when people put up a fuss and throw fits about the latest “new thing” foisted upon them.

You know what? Suck it up. Be the tip of the spear. Nobody gives a crap about the great job you did five years ago when process X was all the rage. You now need to get with process Y and Z. A bad attitude is the last thing you want to bring into the office with you.

Self-control is probably the key common trait among financially savvy people. We can forego an indulgence today to reap rewards later. You might think this is headed towards a sermon on minimalism or the art of deprivation. It’s not.

In fact, among the super savvy financial independent segment, there’s a shared belief that indulgences are fleeting. Subtraction by addition.

That fancy car, jet ski, or house is just a temporary buzz that soon yields to regret and the sucking sound of a vacuum that Dysons your dollars down the toilet.

I’m in a situation now where I feel I’m not saying “nyet!” enough to happy hours. I love to hang out with my friends and it seems this time of year leading up to the holidays is crammed full of opportunities to hit the bars. And the way work has been lately, a few beers sure sounds tempting.

My new challenge to myself is to moderate. I can’t just be a cheap hermit. Nothing wrong with just one drink maybe once every two weeks on average, but I have to nurse that thing and get out of there before the orders of wings and nachos get put in.

Nothing like coming home with a lead weight of happy hour in your belly to try to sleep through. UGH.

How to Say No to a Bad Relationship

This where it’s easy to get into trouble. Whether it’s a friend, a girlfriend or boyfriend, spouse, or a boss, bad relationships can mess things up for you a lot quicker than almost anything else on the menu.

There have been instances in my life where I’ve had to let go of friendships that have turned south. Those relationships simply didn’t bring me joy, and often brought me down. Part of me wonders if I’ve done that to others over the years, and it makes me strive to be a more positive presence today.

Where saying “No” can be challenging is when it comes to situations like a current boss who is a bully or just plain someone you don’t get along with. In my career, I’ve had a few of those and each time I eventually got up and left.

Looking back, I probably should’ve taken action sooner, but eventually, I did what was best for me. I’m fortunate to have had a couple of great bosses most recently.

The last thing you need is to feel trapped in a bad situation. This happens all too often in work and home relationships. Many if not most of the early retirement bloggers in my observation have pretty solid relationships going for them. And that’s key for hitting big financial goals.

Determine Your Boundaries and Don’t Apologize for Them!

In general, I’m a pretty positive, say “Yes!” kind of guy. So don’t get the wrong impression from this post. But there are times throughout my life when simply turning down an offer has opened up new and better opportunities.

That promotion I mentioned earlier? Within a few months after that one, I was presented with another, on another team in my company. You could probably guess what I did. Yep, I said “No.” And if you’re wondering, I haven’t regretted it since.

I’m curious to know what you, fine readers, have said “No” to lately, or at any point in your life. Please share in the comments below. A little introspection on a Thursday could be the tonic you need after all that Cyber-Monday shopping?

A fine read on this topic appears over on LifeHack.org, in the article, The Gentle Art of Saying No, by Leo Babauta.