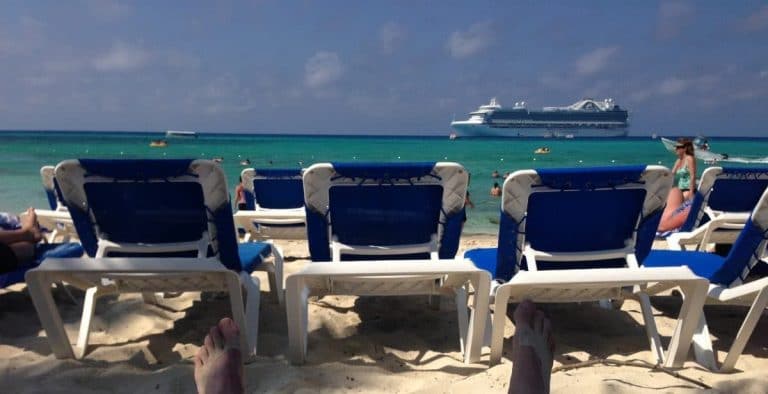 Some days you feel like you’re stuck in the middle of a Tough Mudder.

You feel like you’re crawling through the mud and muck of your plan to retire early, virtually smelling the next guy’s dirty socks, while trying to keep under barbed wire.

The goal post is so distant that tracking how many days until I retire is becoming pure drudgery.

Then you start hitting milestones. Time does have that wicked tendency to keep ticking away, doesn’t it? And if you’re not careful, you’ll do what many in this early retirement space are notorious for – not living for the moment.

How Many Days Until I Retire?

A milestone like this is worth a little retrospective. Let’s review how I put the pieces together to retire from employment-at-will, in my mid-40s.

When my journey began in the fall of 2014, I had had enough. Without a clue, I must have Googled something like “How to retire early.” You can guess who popped up at the top of my search results: Mr. Money Mustache dot com of course!

I read that blog from top to bottom, TWICE. Some posts seemed to know my exact situation and gave me instant hope. I found his case study posts the most entertaining and informative. Face punches and Debt Emergencies – good humor, with a poignant message.

The first actions I took to reduce how many days until I retire:

In 2015, I decided to add to the rental portfolio. We already had two houses that were cash flowing pretty well, earning us around $500 each net profit per month. I learned a lot in that first year and a half since taking on Rental A in 2013. Particularly, how to avoid broken leases, and how to more seamlessly (and effortlessly) find new tenants.

So, in the summer of ’15, we added Rental C. That one was a real treat to set up. If a house were a fingernail, this would be the one with dirt and grime stuck under it. As I always preach though, 90% of the long-term rental effort is getting it set up for the very first tenant. Today that house brings in $550 a month, net cash flow.

A year later in 2016, we added Rental D. This time, the market was heating up. I must’ve been beaten out on 10 offers before finally landing on “D.” The neighborhood wasn’t quite as sparkly as A, B, or C’s, and I had to settle for a single-bedroom home, but the property was very well-maintained, CLEAN, and with a tiny yard, perfect for a tenant to maintain.

The good news was, I was still landing rentals with sub 5% interest rates, at $150K max price. But I knew that as the market continued to overheat in Minneapolis, and the economy recovered as well, housing stock would become even more overpriced, and interest rates would eventually go up. That’s where we’re at today. (And hence, the Airbnb Experiment.)

When I started on this journey, nearly four years ago, I had a decision to make: I could either mail it in and coast through the next five years, or I could keep on leaning in. I’m glad I chose the latter. Working smart, not just working hard, allowed the bonuses and raises to continue to flow, year after year.

I had two opportunities during this span to accept a promotion. I turned both down, wanting instead to perform well in my current role and keep a healthy work-life balance. I have no regrets looking back, but admittedly, I wouldn’t mind taking on that next level now, to capstone my career.

An early retirement goal, I’ve since learned, gives you more impetus to bust your behind. And as you close in on your goal, your confidence in the workplace soars.

What I won’t miss:

Making the Best of My Remaining Cubicle Days

As someone who’s learned the value of preparing and planning (I’m a project manager for Pete’s sake!) I feel I’ve got a good handle on what I need to do to pull this off. Mr. Money Mustache is clear about this: You have to have a margin of safety in your plans, to account for the unknowns.

With that in mind, I’m excited to share with all of you over the next year and a half any “gotchas” that may emerge. How will I handle the unforeseen? Will something come up to throw the timeline way off track?

If you’re on a path to early retirement, I salute you. It means you have some other passion in your life that you want to pursue outside of your current day job. It means you’ll be a MORE productive member of society after you’ve left behind your employment-at-will situation. Go get it. We’ll make it happen together.

Here I thought I was a pretty decisive guy. Now, it appears my early retirement countdown has been reset, yet again. Plans have hit a snag (or two). At first, the goal was to give up my cubicle job in March 2020. Then, it got accelerated to July 2019. Well, here we are, July 2019. And I’m still going to be carrying a lunch pail for the foreseeable future.

Why am I changing course now? There are several factors: Fear of missing out (aka “FOMO”), unexpected expenses that popped up, job satisfaction, and you’ll never guess — No solid plan for retirement day 1.

For now, the countdown is reset to month X of year Y. Maybe I’ll just choose to be done by 50? That wouldn’t be so bad. There’s certainly nothing extraordinary about 50 and it’s a far cry from Mr. Money Mustache (30) and even Joe at Retire by 40, but I’m okay with that.

But I’ve got to remind myself that this isn’t a race. Most jobs are what we individually make of them. That’s what tends to get lost in all the rush and push among those clamoring to retire early (a group to which I’d clung for several years up until very recently.)

Delaying Retirement Due to FOMO?

There is a phenomenon called “FatFIRE“, a truly American construct that allows the big winners (and physicians) to retire early and not have to sacrifice the fruits of our commercial heritage. Maybe that’s where I’m destined to land? I’m no doctor, but we’ve done pretty well this past decade with the real estate side hustle, so maybe HeavySetFIRE is an objective?

The beauty of FatFIRE is you get to have your cake and eat it too. Tired of working? No problem. You can hang up the job, but avoid having to sacrifice the good stuff (dining out, travel, having kids, a Tesla in the garage…)

If you can muster FatFIRE, there’s less reason to dread your early retirement countdown. It’s all good. FOMO be damned – you’re going to take that trip to Europe, and you might even take the family with you.

It’s a topic I’ll spend a future post on – this whole FOMO thing. A good chunk of our society is continuing to expand its norms via hedonic adaptation. Soon enough, the “haves” will make these accouterments (big houses, electric cars, private schools) the new normal.

The question is whether frugal, early retiree types can avoid adapting themselves. I look around our cute little neighborhood and it seems every other week a new McMansion has replaced a modest 1500-square foot rambler. We’ve all adapted to “needing” smartphones and tablets, and “needing” two cars in the garage.

I’m still optimistic that our little family unit can stay true to our True North. But I do have some hesitations about how FOMO will affect my early retirement countdown…

How My Retirement Countdown Hit a Few Snags

These expenses present a big variable to anyone’s early retirement countdown. I don’t care how good of a planner you are. Stuff happens. And who knows where future policy decisions on health care will land? What if the kids need braces? Will, I eventually need a Tesla Model S? All of these things have to be taken into account.

I’m not certain this falls in the category of “unexpected”, but what about the unexpected cost of FOMO? If we start to pick up new and exciting things to do with our money (e.g., a Disney cruise, or a trip to Hawaii) do these things become habits?

Fortunately, I got to connect with one of my experts earlier this week. Mr. 1500 Days to Freedom was in town and I, along with a small group of top-notch local bloggers got to hobnob with our guest at a rather Surly brewery. We got to talking (too much about me) about all my indecisiveness as the supposed early retirement countdown clock ticked away.

See, Carl has been out of the rat race for over two and a half years and has no regrets. We’re about the same age and have some similar interests, beer, and real estate among them. He told me to lock in on passion projects. Figuring out how to best make use of your newfound “free time” is the golden ticket. Indeed…