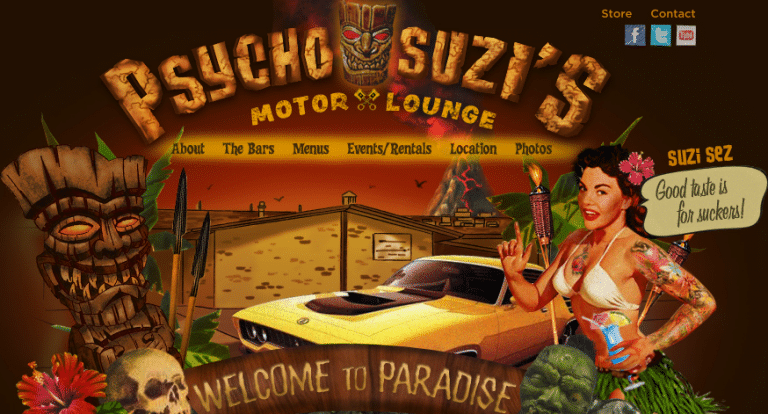 Carl here, from 1500 Days to Freedom… Before I headed off to Camp FI Midwest, I had some time to spend in the Twin Cities of Minnesota. Before I get into my Minneapolis meanderings, allow me to go back in time for a moment…

I was born outside of Chicago and lived there for most of my life. As a child, my family would head up to Wisconsin Dells or House on the Rock for camping vacations. We also had relatives in the Twin Cities, so we’d visit Minnesota for the holidays.

Around the age of 30, Mrs. 1500 and I decided we needed a change, so we moved to Madison, Wisconsin. “Madtown” is a wonderful place to live in. It’s big enough to have a lot of interesting stuff to do and look at, but not so big that you sit in traffic for 2 hours. *looking at you, Chicago…*

However, the Wisconsin winters and taxes eventually wore us down, so we moved to Colorado. We love our little town of Longmont, but I still think about the Midwest often. Colorado is great, but when I’m back in the Midwest, I feel like I’m home.

Minneapolis: the Birthplace of Prince

I met Cubert for the first time when his family visited Longmont during the summer of 2018. He even wrote a (wonderful) post about the visit, asking if he should consider a move to Longmont. Today, I reciprocate by writing a post about (the notion of) moving to Minnesota.

The good thing about writing this in winter is that if I say anything negative about the Gopher State, its residents’ brains will be too frozen to comprehend my words! Just kidding. Maybe…

Before Camp FI, I spent a couple of fine days in and around the Twin Cities. Much of my time on foot, wandering around somewhat aimlessly, taking in the surroundings.

My first destination was the Minneapolis Institute of Art, but I wanted to experience the city, so I parked near the Stone Arch Bridge about 3 miles away.

Right away, I noticed all of the good options for getting around:

To support the scooters and bikes, there are non-motorized vehicle lanes everywhere. I like a city that supports transportation options.

I like the feel of the Twin Cities. There are big buildings and modern architecture:

And cool, funky bits too:

I always look for cranes when in a new city. They are a sign of economic vibrancy. Someone believes in the area and is paying for the crane to build something new. Minneapolis had lots of cranes.

The city also has loads of green space. Some thoughtful city planners were thinking ahead:

Moving to Minnesota gives you a chance to hang with a stellar community of personal finance bloggers. Financial Toolbelt, Financial Panther, and Physician on FIRE come to mind.

I know I’ve forgotten about 387 others. Please forgive me.

Minneapolis is home to some stellar breweries. One of my favorite beers in the world is Todd the Axe Man by Surly.

And the good beer isn’t just confined to the Twin Cities. When I visited the Physician on FIRE up north a couple of years ago, we shared some fine brews.

I had never been to the Minnesota State Fair and was surprised to see that the Twin Cities has a dedicated space for the event complete with permanent buildings and attractions. Some of the state fairs I’ve been to before took place in fields of rocks. This is much better.

And when I think of state fairs, I think of food. Very naughty food that isn’t good for you. Food that would cause your heart to seize up if you ate it more than twice per year.

First up on my Die Young Food Tour were cheese curds. I made the poor decision of ordering the largest size available.

While I didn’t feel good (mentally or physically) after eating the curds, it didn’t stop me from eating this monster of a sundae a short time later. Go big or go home.

Later in the day, I met up with the Physician on FIRE. Here he is defending his territory with a massive corn dog:

Heart-busting food and corn-dog-wielding Minnesotans aside, the state fair had interesting artifacts to observe. I never thought I’d see sexually transmitted diseases in the form of artistic stitchery…

The Verdict: Am I Relocating to Minnesota?

If you’ve been carefully following along, you may think I’m ready to pack up my dinosaurs and move to Minnesota. Not so fast. There is one, really bad, severe problem with Minnesota. It is best told with a picture:

For comparison, this is where I’m at:

Yes, there are hamster tunnels everywhere in the Twin Cities. Only, they’re for humans, not rodents. Their purpose is to prevent you from freezing to death in the winter.

I don’t want to live north of The Wall in a Game of Thrones episode. I don’t want uncovered appendages to freeze and fall off after 3 minutes of outdoor exposure. I like my nose, ears, and fingers. Thank you very much.

So, I will not be moving to Minneapolis.

But wait! Before you crazy descendants of Vikings march to Colorado to pillage and plunder our weed to stoke more appetite for cheese curds and oversized corn dogs…

Staying in Colorado, For Now…

One of the great facets of FIRE is the array of choices it grants. One form is geographic liberation. At the moment, I’m tied down in Colorado with children in school for much of the year. However, in 10 years, the baby birds will leave the nest. So will mommy and daddy bird.

It would be fun to spend summers in a place other than Colorado. It’s too hot here, and it would be good to live near the water again.

I can picture Mrs. 1500 and me spending some summers in Minnesota. Or maybe Wisconsin. Same thing, right? We’ll be reverse snowbirds (sunbirds?), leaving our home in the summer to head north. When winter sets in (September in Minnesota), we’ll hightail it back to Colorado before the cold kills us. Deal?

See you soon Minnesota. Just not until June.

Thank you, Carl! Great write-up. And honestly, your words sum up how I feel about Minnesota, pretty much to the letter. If we moved away from here, we’d probably yearn for the cooler temps in May, June, and September too. July in Viking Country can be a bit brutal. Hot and humid. Still, we roll with it. Find some shade and enjoy a few beers on the patio.

In the winter? Game nights by the fireplace make for a Hygge-good time. Wherever you happen to live, cultivate those friendships – it’ll help you tolerate the worst that any climate might throw at you. Giant microwave corn dogs help too… Minneapolis may not be in the cards for some, but we’re staying put!

Update 10/20/22: Since the death of George Floyd and the protests that followed in 2020, Minneapolis has gone through a tremendous amount of change. The damage caused by riots cost billions, and only now are many rebuilt storefronts back in business. We spent a weekend downtown earlier this month and noticed a strong resurgence with many patrons out and about and restaurants filling tables.

Given justice for George Floyd and a reckoning with our law enforcement tactics, Minneapolis will be strong and vibrant for the foreseeable future.