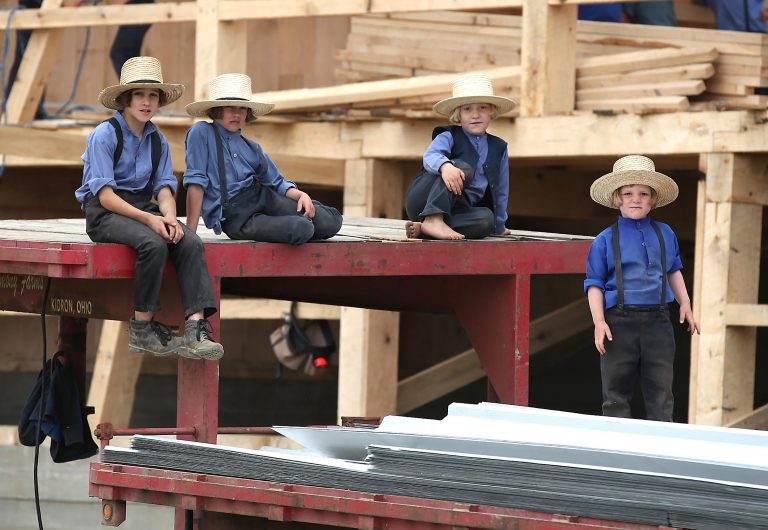 Never one to leave a stone unturned, this article explores the notion of work as a viable place to make good friends and lasting relationships.

Sure, early retirement is a worthy goal and a perfectly sane course for many people. But not all of us have the option to pull up the stakes tomorrow and leave our cubicle situation behind.

We already know that most cubicle work kinda blows. There’s a bevy of options to counteract the daily crap storm, but those options tend to be nothing more than Band-Aids.

That’s true, especially on those summer days when your friends are playing hooky at the lake, while you’re stuck at the office generating TPS reports. Sure, you biked into work, but you’d rather have biked to the beach!

What if we had the power to create a sustainable team of long-lasting friends and community at our workplace? Would this dynamic help many of us stave off pangs of early retirement in our 20s, 30s, and even 40s? Ever the curious mind, I seek answers.

I want to know if it’s possible to build a team at the office and get the fulfillment I’ve been missing in my angst-ridden attempt to retire early. We’re all about challenging retirement myths, after all…

There’s a fellow by the name of Matt Sakaguchi, who worked for the big dogs at Google.

I stumbled upon Matt’s story back in 2016. Part of our mission at my company over the past 3 years is to transform how we work, to be more efficient (duh) but also to maintain a sustainable workforce (i.e., we want happy dwarves!)

Google, ever the pinnacle of data mining and data-enriched insights took on an elaborate study to figure out what made their best teams, well, their best teams. “Project Aristotle” yielded some tantalizing results…

One might expect that the best-performing teams at a company like Google were simply those loaded with hackathon winners. You know, put all the brightest “all-star” caliber people together, and watch the fireworks. Surprisingly, this was not a formula for success at all.

Project Aristotle wound up putting to rest a bunch of myths about high-performing teams. For instance, it was believed that good teams hang out together outside of work settings and bond at happy hours, lunches, laser tag, etc. Not true.

Mr. Sakaguchi plays a central role in the story because he and his team provided the perfect case study at Google. Matt took over a demoralized and underperforming team.

Independent of Project Aristotle, he set out to apply what he had learned in a career that included leadership lessons forged in the military. He was able to turn the ship around by simply creating a safe zone for the team to share and be vulnerable.

Sakaguchi led off an intervention of sorts with his group, by sharing his battle with stage-four cancer. This very personal and very real struggle paved the way for others in the room to open up, share, and effectively bond as a unit.

A few of the very basic, but highly effective tips that Sakaguchi offers for leading successful teams: Ask your reports for input. Don’t just dictate. And second, don’t intrude on personal lives outside of normal working hours. No silly calls or meetings on Friday nights and weekends, please!

Sure, the commute sucks too but lemme tell ya: We’d all sign up for a dreaded commute if the destination gave us something to look forward to (like creating something meaningful, interacting with great people, and generally, feeling USEFUL).

But work is, like many things in life, honestly what you put into it. Circumstances will often dictate which boss you report to, the people you work with, and the nature of your assignments. What I’ve learned over 20+ years of working in Corporate America is that you control more of those circumstances than you think…

For Matt Sakaguchi, his Google team became like family to him. But that only happened once the team opened up, and began to appreciate each other on the individual level. The mission became more than a simple paycheck.

With stage four cancer, Matt could’ve easily hung it up and left his job to focus on recovery and enjoying life to the fullest. Instead, he followed his heart and stuck with his team. The mission and the bond were that strong.

Now, I wouldn’t suggest at all that we make work a priority over our health or our families. However, there has to be a recognition that we spend an incredible amount of time surrounded by our colleagues at the office. Why not work to optimize that time by building a strong team within your work-life?

We can choose to embrace those wacky ducks. Or, we can keep those ducks at arm’s length and mutter under our breath about how we can’t wait to retire early. Remember that little show called “The Office”? A group of misfits trying to get along in a cynical mockumentary?

And then when the show ends all we can think about is how great a reboot would be. Because we love the entertainment value, but also because there’s an affinity to a workplace where people have bonded (good, bad, and goofy – Dwight Schrute was even an endeared part of the team).

There may be a reckoning in many professions and industries, thanks to the whims and desires of millennials. If companies want to acquire and retain talent, they had better listen to the new generation of workers. The priority of millennials is, chiefly, to pursue a meaningful life rich in experiences and options.

Few of any newly minted grads are seeking a forty-year career at the same company, slogging up the ladder until retirement at age 65. That’s yesterday’s news.

Consequently, companies like Google (and many others with an eye to the future) offer on-site gyms, free food, shuttle commuting services, and drum roll… paid extended maternity and paternity leave. Free food is more of an investment than simply a perk.

It’s a way to incentivize teams to have lunch (or even breakfast) together and bond, in a way, building team effectiveness through safe zones. Oh, and avoid hangry workers too.

The perks that Google offers its employees are an investment in creating an effective and sustainable workforce. Sure, these cubicle jockeys work hard, but they also don’t get distracted by the minutiae, because the company has “the little stuff” taken care of.

Back to reality for the rest of us… Not every company is like Google, that’s for dang sure. (And to be clear, Google is far from perfect!) So what can we realistically do to make our non-Google jobs less a source for complaining and whining, and more meaningful?

How to Create a Healthy Work Environment

In a word, “AGILE”. Agile is fast becoming the standard for software development practice here in the states. Even my ginormous enterprise is taking on Agile. Here’s the catch – It’s not just for software. Agile can be used to complete your kitchen remodel or even for Thanksgiving day meal preparation.

Agile is a non-technical way to array your resources to focus 100% on the task at hand (whether it’s software code or mashed potatoes) in small teams of 5-9 people, who can back each other up at a moment’s notice.

These “scrum” teams own the project and are empowered to iterate through the product until it meets acceptance (rewrite the code, remove a bug, or make those taters more buttery please!)

Agile is a way to produce more, with less nonsense. The framework values interactions over documentation. Hallelujah! No more TPS reports!!

Google is an agile shop. Surprise you? It’s a construct that sets the table for emotional safe zones, team bonding, and ultimately, team and workforce effectiveness.

Here’s the bonus for my lazier early-retirement friends: Agile insists on limiting a**holes in the workplace, and it insists on optimal workweeks of just under 40 hours. (Oh yeah, and no working outside of those standard work hours!)

Why? It’s not for charity and goodwill. This is Corporate America, after all. The fact is, study after study reveals that workers simply become less effective, more error-prone, and frankly more stupid, after hour 39.

So if any of you reading this post are management types with the ability to shape and influence your work culture, consider the power of strong teams at your office. Give your employees the tools to build trust, connect, create safe zones, and deliver.

You’ll find that people stick around, and are more enthusiastic – because they own a stake in the project. And bonus, more widgets get delivered at a much lower cost. Win-win.