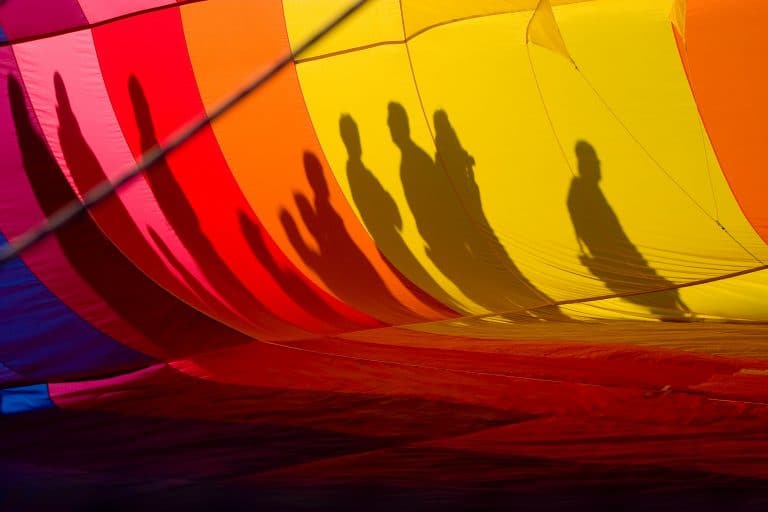 Today’s post is inspired by blogger SteveArk, who wrote up a nice piece about how inflation affects retirement planning. You need to figure this inflation beast out since a dollar today is not going to buy as much tomorrow…

The best example you’ve heard as a kid came from your grandparents. You’ll constantly hear Grandpa quote prices from 1957: “Back in my day, a toothbrush was 5 cents! And we didn’t use wussy toothpaste either!” (Said with flapping toothless gums…)

Or a more common, “Gasoline? 15 cents a gallon! When the mules broke down!!”

The lesson is simple. If you think you need a million bucks to retire early with, you need to figure out how much purchasing power that one million bucks buys you in the future.

If you were to retire in 2020, that million bucks is still a million bucks as you know it today. Retire in 2050, and one million dollars has suddenly lost half its purchasing power. No wonder dear old Grandpa has a beef.

So if you’re saying to yourself, “Hey, I’m a millennial. I’ve got a good 20 or 30 years of work left in me. I might take a sabbatical here and there, but I’m not going to retire early until 2050. No problem!” Well, as SteveArk warns in his post, better be mindful of Grandpa’s old pal, Mr. Inflation.

Using the same million-dollar target seems fine on the surface until you stop to consider that in 30 years, many goods and services will likely cost a lot more. Take for instance the cost of college tuition, expected to climb 5% year over year. Sure, your Levi’s might be getting cheaper, but Junior’s freshman year might just bankrupt you.

That’s the nut to crack when factoring the Time Value of Money into your early retirement scheme. Using a very handy website to figure inflation for a variety of expenses, we can project how much a dollar buys, way down the road:

This is not what we want to see when we reach age 60, 70, or 80. It’s a bit shocking, that despite our best efforts to contain costs and live within a reasonable budget, it’ll take SIX FIGURES for Jane’s family to maintain their lifestyle in 30 years.

Some of these inflation rates feel off to me (like the zeroes), but the combined 2.57% feels right. That’s a low and somewhat comforting figure, believe it or not. There very well could come another period like 1979 – 1980, when inflation soared past 10% due to unstable monetary policy.

Also, we simply can’t predict what innovations or shortages will affect how we live, and what goods and services we will be purchasing three decades or more down the road. For instance, we could discover a means to travel very cheaply and very quickly (see Japan and Europe – high-speed rail).

Or, we could solve our health care system of warped incentives and avoid major medical and pharmaceutical bills. And you know what? Maybe we should pay more for clothing, by paying a living wage and lifting standards for those suffering in sweatshops in the name of our throwaway H&M culture.

Are My Investments Protected Against Inflation?

Let’s consider next, our mighty stash. If we’re to believe what we’ve all been told, the 4% rule should hold and provide for us well into our 90s. Using Jane as our model, we can figure that she’s saved up 25x her annual estimated spend of $50,000.

We must fill the ever-widening gap caused by inflation year-over-year from 2020 through 2050 (and beyond). With 25x $50,000, Jane is starting with a stash of $1,250,000. During saving all that dough, she and her husband were able to pay off their small home and avoid luxury car payments.

The big variables over the next several years are market growth, taxes, and fees on investments. We can assume the market will return 8% year over year, which is essentially what the S&P 500 has done since its inception in 1957, through to 2018. Let’s also assume a minuscule amount of administrative fees thanks to Jane using Vanguard (Admiral shares).

NOTE: We’re not going to factor inflation into our returns in the exhibit below, because we’ve already factored inflation into the cost of goods and services in Exhibit A, above. Thou shalt not double-dip!!

Et voila! The 4% rule works its magic. Granted, we’re taking a big leap of faith that A.) inflation will remain in control, B.) the market will perform consistently, and C.) you’re not saddled with huge, unforeseen medical, legal, or grown-up kid support obligations.

The interesting aspect of Exhibit C above is that the 4% rule falls apart in 2040. By this point, Jane and her husband have reached their 60s and are hopefully on a path to 30 golden years. They’ll reach their 70s with over $3 million in non-inflation adjusted dollars, but the next 20 years or so could see them run out of moolah!!

I played out the model using an average of 9% S&P 500 returns from the past 30 years (like putting the record on repeat). So that by the time age 90 rolls around, Jane and husband are left with just north of $300,000 in the kitty. It sounds like a lot today, but by then, that could be the cost of a single CAT Scan!

Granted, this “dire exercise” assumes that nasty 5% inflation never goes away. It also assumes expenses haven’t changed, when likely Jane and hubby would be traveling less and perhaps living a bit smaller by this point. Also, bear in mind I haven’t factored in any social security annuities, which would effectively keep them whole right up until the end.

Let’s head over to our friends at OnTrajectory to see how Jane would fare with some high-powered simulations applied to the scenario. I went with a quick-and-dirty set up to see what the chances of reaching 90 are, with stash intact, starting at a retirement age of 45 and $1.25M in the kitty.

Again, monthly expenses are assumed to be just a hair over $4,000 based on $50,000 in annual expense targets. Oh, and inflation is pegged at 3% – an OnTrajectory default setting you can adjust.

Wow! Hey! 100% chance of not being stone-broke by age 90!! In fact, with a million bucks in the bank, you could likely live out your remaining years without much worry. You may want to find a side hustle or five to create a margin of safety in your 40s, 50s, and even 60s. Not just to keep a few bucks rolling in, but more importantly to avoid retirement boredom by staying ENGAGED.

I’ll be honest. I haven’t used OnTrajectory much since my initial review of Tyson’s amazing product. I’m glad I checked it out for this exercise though. OnTrajectory has come a LONG way and is more user-friendly and fun to use than ever. Give it a shot, and let me know if you think it a worthy replacement to the humble spreadsheet…?

What Should You Do to Fight Back?

Life is certainly full of variables. Some major medical bills and complications can throw a wrench into the best of plans. Still, if Jane and her family opt to retire early while she and hubby are in their 40s, the odds are quite good they’ll be A-OK.

There are a few things I might personally do to offset some risk. Real estate investing is one such thing – not only to generate solid cash flow but also to help lower tax outlays during the cubicle years. I’d also put a significant amount of effort into healthy living, avoiding meat on most days and a rigorous daily exercise routine. (Those last two are not life limiters!!)

So SteveArk and my other friends fear not. This inflation bogey-man is not going to stop us from seizing our prize. We’ve got to master the variables and be mindful planners (and learners) though. The last thing any of us personal finance bloggers want to see are readers jumping in without being prepared. 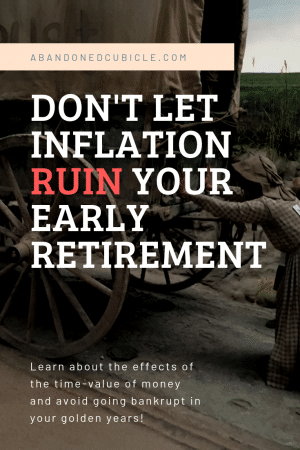