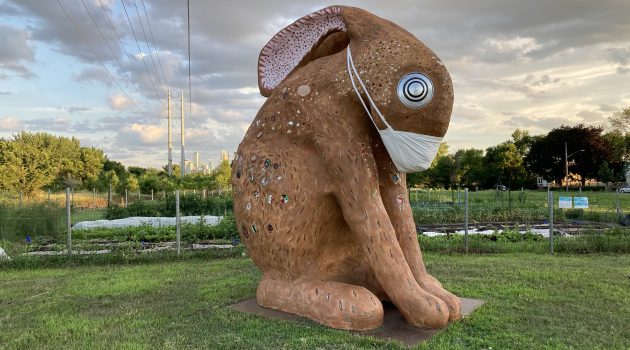 The original Maslow’s Hierarchy of Needs is a useful lens for deciding if early retirement is a means to an end or simply an escape hatch from stress. At this point, I’ll take all the help I can get to figure this sh*t out. The COVID-19 pandemic, systemic racism, and family illness have made 2020 a much different year than I’d expected.

Recall, if you’ve read this blog before, that I had a goal to retire by now, a handful of years before hitting age 50. Welp… I’m still churning emails and meetings like a mad chicken, only now, from the confines of a finished basement.

Have a peek at the exhibit below. There could be some random things on your list of “big things to accomplish”, like climbing Mount Kilimanjaro or running a marathon. Maybe you want to write a book?

Regardless, you’ve met some key milestones in life by the time early retirement rolls around. The degrees on your wall, the stamps in your passport, and the time you’ve given to help others – all boost esteem to some extent.

Self-actualization is the trickiest of all. I’d wager it’s a small percentage of people who spend the amount of energy they’d like in the peak of Maslow’s pyramid. I for one would consider myself fortunate to have lived a life where I had the wherewithal to worry about my esteem/accomplishments. Sadly, for too many on this planet, just meeting basic needs like food, water, rest, and security is a never-ending quest.

Abraham Maslow’s original intent back in 1943 was to illustrate a successive climb up a ladder of ever-changing needs. The assumption then was that you fully attain a level before moving up to the next, and so on.

Reality is more complicated, and Maslow eventually admitted that it’s natural for one to move up and down the pyramid as circumstances change. Wars, famine, and disaster can all bring us down to the needs we had come to take for granted.

Interesting question right there. For this, we’ll focus on the top three levels of the pyramid, since it’s assumed that having F-You money means you’ve got your Physiological and Safety needs met. We’ll come back to this since people fret about whether they’ve saved enough to call it quits early.

It feels to me that on the surface at least, early retirement would certainly free up time and energy for pursuits we often let languish. Given time, we might get to travel with intent — i.e., visit a place for more than a week or two.

Given even more time, we could train for that marathon or practice tennis serves that lands in the box. (The latter is something I managed to do during the year I was laid off.)

Back to chewable question number 1, we financial bloggers have quite a community. Many will venture off to FinCon every year, or, some of the many regional retreats/camps of like-minded souls. Friendships and real community bonds (a “tribe” if you will) continue to grow in our space.

So from a belonging standpoint, early retirement is becoming less of a rarity. It’s no longer the case that you’re the only one taking a walk around the block at 10 AM while everyone else you know is toiling away at the office…

Having put these thoughts down, I’m wondering now if early retirement is merely a manifestation of Maslow’s Hierarchy or an enabler of it? Or both? It truly depends on the person. In my journey, I’ve come across many examples of self-actualized people who never retire. So maybe, just maybe, retirement has nothing to do with it?

Let’s assume that regardless of how you feel about early retirement and all the promises it holds, you take the plunge. What does your pyramid look like now? Have you truly elevated yourself up a level, or simply replaced old needs with new ones? Or more troubling, have you not changed your situation at all, or made it worse, unintentionally backsliding a level (or two)?

Okay. Okay. This is, granted, a Fisher-Price version of the classic Maslow’s Hierarchy of Needs, but it’s MY pyramid, and I’m sticking with it. We’re going to take a leap of faith that early retirement presents a separate set of needs after financial independence goals have been met.

Starting from the bottom and working our way up… The Money part? Well, that should be obvious. In early retirement, we’re now consumed with the ever-present question of whether we’ve squirreled away enough money to last until our end. If money continues to haunt you after dropping out of the rat race, you probably shouldn’t have dropped out.

On the other hand, if you’ve established lucrative side hustles and have stashed a significant amount of coin away, then the Money part is an easier rung to climb. The Health equation comes next. Healthcare is not a public good. Far from it. Better to have your insurance coverage figured out and better yet, have some healthy habits to keep you humming along. Now, go pick up a copy of Blue Zones and call me in the morning.

In all seriousness, the “Health rung” of Cubert’s mighty pyramid is where early retirement starts to yield some real promise. You’ve cleared the money hurdle, now you have an opportunity to make hay with all that time and newfound energy. The time is NOW to start hitting that home gym, hopping on the bicycle, and turning your day-to-day life into one of sheer physical exhaustion. You’ll never sleep better.

Relationships can now be cultivated with a mind and body at peace. You’re able to give more of yourself with newfound time and energy. There are books to read and mentors to build your wisdom. THIS is the hardest rung of the ladder because it’s filled with riddles. BUT it is also the most rewarding.

Once you get your sh*t together with money and health, make Relationships your singular focus. Without proper “care and feeding” in this arena, regrets begin to emerge later on…

Early Retirement “Icing on the Cake”

Most of us would be pretty satisfied with meeting money, health, and relationship needs in early retirement. After that? Well, there’s always more to be desired. In an age of travel with relative ease, Mobility is an understandable “need”.

We had a whipsaw blizzard just come through Minnesota this past week. And it reminded me (as spring often does) how much location plays a role in my yearnings and present state of wistfulness. The freedom to move and travel are luxuries.

Sure, many with means can move or are forced to move for work, but it takes added money and time to travel on a whim or set up seasonal homes. Mobility for me is in constant competition with Relationships (and I haven’t even retired early!)

Time will tell, but I’d bet that we’ll keep Minneapolis in the mix, as it’s a location with decent roots established. But I can guarantee the winters will be spent elsewhere. Arizona, Nevada, Florida, anywhere but here. Mobility is a luxury, but until I’ve mastered the basic tenets of Buddhism, I’ll continue to piss and moan about snow in April.

The final layer of icing is having a purpose. Get to this rung and you’re in a supreme position to give more of your time, energy, and resources to others in need. IF you’re less of a whiner than me, you might achieve mobility, but choose to stay put and devote even more energy to relationships and good causes.

Ultimately, you’ve found peace: Peace with your decision to leave the workforce, peace with others, and peace with your situation and limitations. And in that peace, you’re able to reflect and feel not an ounce of regret because of the work you’ve done to prepare yourself, and the investments you’ve made in relationships that matter.

Get Retirement Right: Summing It All Up

It’s entirely possible to work for several decades and still achieve Cubert’s Maslow’s Hierarchy. Entrepreneurs and high achievers with a passion and dedication to their craft just might find the balance they and their orbits require to meet the pyramid’s pinnacle.

The nut to crack for most of us is this: Careers are not easy to navigate over the long term. At most points, it’s a challenge. And it’s a further challenge to somehow balance the hierarchy of needs when so much of your time and energy are locked up in your career hamster wheel. 32-hour workweek, anyone??

The punchline? Whether or not you work a cubicle job, -a- hierarchy of needs will still be there. The question always comes back to this: Does early retirement help you transcend a level, or does it simply create an entirely new set of needs you hadn’t anticipated?

Maybe at work tomorrow you’ll find time to have coffee with a colleague/friend you haven’t talked to in a while. And you’ll ride your bike to work?

I’m anxious to read your answers to this question in the comments. Since my journey began four years ago, I’ve personally waffled on the question A LOT. It would appear that the happiest nations (Denmark and other Scandinavian countries) are not even aware of early retirement, and get along just fine without it.

Why wouldn’t they? The longest living, healthiest among us continue to work until their time on earth is done.

Maybe the working aspect isn’t correlated to happiness and longevity with these societies. Absent work, what if they’re still happy and long-lived? The question is then, what it is that makes them so happy and healthy? And why are we so hell-bent on early retirement, if the rewards aren’t what they are so often advertised to be?

Previous Post: « Do We Need to Retire, or Just Slow Down?
Next Post: Work Life Balance In a Time of COVID-19 »