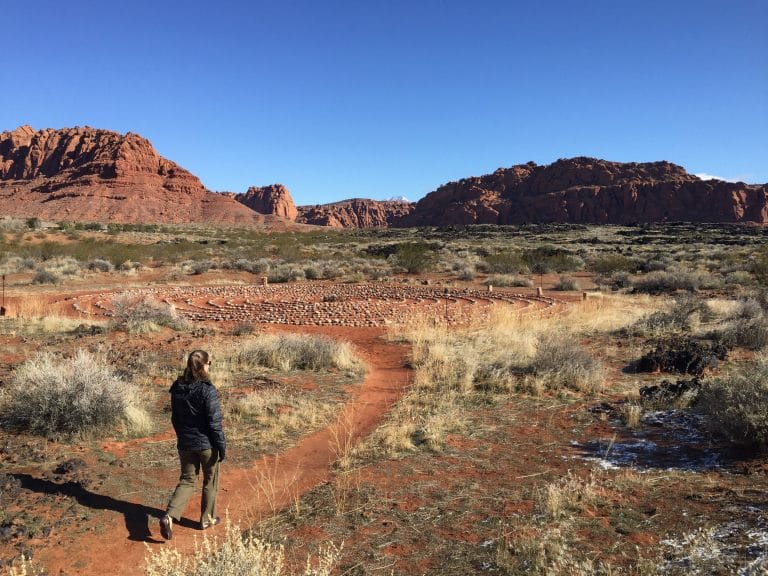 This thing is on my wrist. Why did I choose to put it there? What possible good can come from strapping on some electronic tagging device to my person? After logging thousands of steps, I’m debating the idea of wearing a smartwatch 24×7.

Is a Fitbit worth it? Even with a fairly modest $150 investment?

I bought my Charge 3 about two months ago. After a long winter with less than ideal exercise habits, I felt I needed to go “all in” on fitness accountability. No more excuses, Cubert! So after a little online research, I went with the Charge 3.

Part of the inspiration came from Mrs. Cubert. She’s got a fancy Garmin fitness watch. That thing tracks everything, even her toe stubs, and stink eyes. (Love you, Honey!)

For someone like my wife who’s a fitness die-hard, Garmin does it all. I figured if that gadget could keep her that engaged then maybe a similar strap-on would be up my alley. Enter Fitbit.

A Little Background on Fitbit

Fitbit operates out of San Francisco and was founded way, way back in 2007. A few studies have come out giving this device the middle finger of sorts. Some claim that wearables, like Fitbit, are less effective for weight loss than standard weight programs without the wearable.

Adding insult to injury, other studies have shown that wrist-based devices overestimate steps taken and calories burned. Now that’s not quite as insidious as the Volkswagen emissions scandal, but some fitness fanatics cry foul on $h*t like that.

Take my wife for instance. She’s competitive and swears by the accuracy of her Garmin. So when we’re neck and neck on steps for the day, she poo-poos my results out of hand.

Granted, just last week I noticed I was getting “steps” while simply driving home from happy hour. How’s THAT for tracking worthwhile activity? Lift a beer for a few hours, and get some steps by twisting the steering wheel. (Yes, I only had one beer. If I’d ridden my bike to work that day, I’d have had two.)

Those few warts aside, Fitbit continues to prosper. Its sales rank just behind leader Apple, and its reach is global. Winners of all sorts of tech awards, Fitbit is always coming out with something new and enticing. I picked up the Charge 3 because they finally made the Charge in a waterproof design.

For lazy types like me, that meant not having to remove the device when showering. (Plus, you do get a few steps in the shower, right?)

Here’s the thing. We know from studies that wearables don’t move the needle like we’d expect or hope them to do. Someone looking to lose a few pounds or improve his or her activity level probably won’t change habits enough for the device to make a difference.

BUT. This writer is married to the most competitive athlete in the universe. And THAT can make all the difference. For my Fitbit Charge 3 (which I paid $150 for the privilege of guarding 1/2″ of my wrist) to work, it’s all about accountability.

If I didn’t have a partner with a high level of accountability for her fitness, I probably would wind up wearing my Fitbit as nothing more than another timepiece. And heck, I don’t need a watch.

That’s what my iPhone is for! Thing is, I DO have a hard-driving partner, and it makes a big difference in how I approach every day. Competing for steps is a fun contest. And it’s not an easy one, particularly for those of us strapped into cubicles all day long…

Thank goodness I work at a fairly large campus with good, long walking lanes. Whenever I have a 1:1 meeting, I’ll push for a walk and talk. Man, those are soo much better than sit-down meetings. Let the steps pile up, baby!

After a few months, I’ve gotten close to hitting an average of 10,000 steps a day. But, if my Fitbit is counting steps while driving, should I up my step goal to 11,000? Curious… How does one account for FitBit’s desire to tack on steering a car and lifting a beer to mouth as steps?

Don’t let the alleged inaccuracies dissuade you from buying a Fitbit. Just ratchet up your step goal to calibrate. There’s always another software update around the corner to patch up these bugs… Are you listening, Fitbit engineers?

How the Charge Works With Bikes and Rowers

This is the cool part for me. My wrist hardly moves at all when I’m cycling, but my Fitbit picks up the activity, and voila – after 10 miles of riding into the office, about 5,000 steps have been auto-magically logged. SCORE! I wasn’t sure how this would work before I bought the device, so it was a delightful discovery.

There must be some algorithm that converts cycling to steps using heart rate and vibration. Regardless, I’ll take those steps, thank you very much!

And thanks to Bluetooth, text messages get zapped over to my Fitbit. That’s kind of neat, both while biking and driving. (Or, when meeting with your boss and you don’t want to blatantly / rudely check your phone.)

Granted, the connection with my iPhone 6 isn’t super consistent. Sometimes texts take a while to zap over and sometimes they don’t zap at all.

I’ve found mixed results when it comes to rowing. The tracker used to credit me loads of steps after a 10-minute rowing session. But lately, I only get a few token steps. I bet a software update reduced the sensitivity with rowing-like actions.

I’m hopeful Fitbit will add a “Rowing” category to its set of pre-programmed exercises. Rowing is an excellent full-body workout and I’d argue one stroke should equal one step at least!

Update 8/16/22: Apparently you can sync FitBit with your Peloton stationary bike. I haven’t tried it yet, as I’m now wearing a Withings smartwatch. 😉

How Fitbit Supports a Healthy Retirement

Well, I can tell you where Fitbit does NOT align with FIRE. For one thing, it’s another electronic device added to the mix. Another gadget to remind you of what you’re not doing right, or that you should not be simply relaxing.

I’ll be sitting on the couch ready to just put my feet up in the middle of the day on a weekend when I get that little buzz vibration: “You need 25 more steps to hit 250 for this hour”. Dang, it! Leave me alone!!

Plus, Fitbits aren’t free. If you don’t have $150 to blow on a fancy tracker, save your coin. I’m enjoying the novelty of this device, but it’ll wear thin after a while.

I’ve also got the luxury of a partner to compete on steps with, which can be a fun contest for the sake of fitness. If you don’t have a partner or friend to have a little fun competition with, the device-inspired accountability fades a bit I reckon.

Short of buying a tracker? Make it a habit to walk whenever you get the opportunity. Park your car at the end of the lot. Do your 1:1s as walk-and-talks. Ride your bike to work!

The FIRE crowd tends to be a minimalist bunch, even if we would convulse with a nervous breakdown without our smartphones and laptops… So there’s probably a smaller subset of the writers I’m familiar with who use trackers. To each his or her own. I think it looks good on my wrist.

Before I Lay Me Down to Sleep

One last note before we sign off for the holiday weekend. Fitbit does sleep tracking, and that’s also a love-hate aspect of this tech for yours truly. It is, far and away, and pretty darn cool thing to check out how well you slept the night before. Did you know that one hour of deep sleep is enough for most middle-aged people? The rest is a mix of light sleep and REM sleep or something.

The hate part? It’s comical. I’ll be lying on the sofa watching the tube before bedtime. Fitbit thinks I’m asleep while watching Colbert, Parks and Recreation, or whatnot. Who would have thought that an hour of nightly TV before bed counts as sleep?? Thank you, Fitbit!!

Again, take all this with a grain of salt. The device does a decent job of tracking deep sleep – and that’s the kind of sleep I think we all need the most. Especially after a long day of corporate combat in cubicle-land! (But it wouldn’t hurt to get an update to fix this whole Charge 3 counting steps while driving issue!)