Today’s guest post, Financial Independence Retire Early Blog Debate comes to us from Jason at Winning Personal Finance. Jason has an admirable goal of helping every reader of his blog to make optimized decisions, so they can live the life they dream of. He believes that the financial independence journey isn’t just about maximizing earnings, frugality or investing. Rather, it’s about defining a goal, setting a plan, executing and winning! Take it away, Jason!

Imagine with me for a second. You’re retired. You’re in a fancy resort in the Caribbean. You’re sitting on a beautiful sandy beach. It’s sunny with a nice cool breeze. You have a drink in your hand and an easy reading fiction book in your lap. No stress in the world. The wait staff keeps bringing drinks and food at your beck and call.

Most people would say that this sounds wonderful. I would, too… For a few weeks or a month tops, maybe? (Editor’s Note: Cubert’s threshold is a bit higher – thinking multiple months after this winter!) 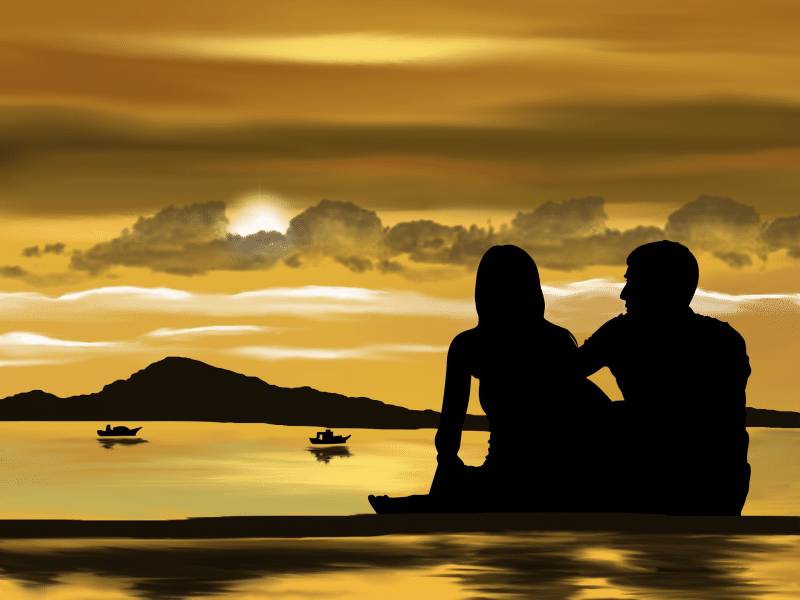 And obviously, an early retirement predicated on my current annual spending, wouldn’t last very long living it up at Sandals. So there’s that “practicality thing” to consider.

What’s Missing From a Life Described Above?

Quite simply: A sense of accomplishment. The joy of feeling productive. Satisfaction from helping others.

That’s why I’m chasing financial independence, and setting aside early retirement from the equation. (Editor’s Note 2: Uh-oh, a Trojan Horse! Let’s see if Jason brings it back to a purpose-driven life here. We don’t want any cubicle campers!!!)

My target to reach financial independence (a friendlier term for “F*ck You Money”) is based on my current standard of living. My life, from a Maslow perspective, is a life of luxury. For example:

And because of this lifestyle of modest wealth, I don’t want to retire and find ourselves short of cash! Some will argue that they have everything they need. They can’t fathom spending more money on frivolous crap and indulgent experiences.

That’s not me. It’s certainly not my wife. We can imagine spending more easily. (Cubert: Sign these two up for Greece, Camp FI, and FinCon 2018!!!)

The marginal utility of money, boiled down, means that each additional dollar you earn past a certain amount yields less satisfaction. I.e., Offer $10,000 to someone who has nothing, and the person would be euphoric (and forever grateful!) Offer that same $10,000 to a billionaire and they would be appreciative, but nowhere near euphoric.

My wife and I fall somewhere in the middle of that example. Our financial independence target is based on a comfortable life. It’s not based on a perfect life.

There is plenty that I’d like to spend money on that I choose not to today. For example, I’ve always wanted to go heli-skiing in Alaska. From a financial perspective, the cost of that trip would be insane. On the other hand, if I was financially independent and earning good money, maybe I’d be able to book that dream trip guilt-free.

One thing I know: when I’m financially independent, I won’t use my waking hours for the sole purpose of making money. I’ll never do work that doesn’t give me satisfaction again. Still, doing work that I like, while earning some extra money for fun stuff wouldn’t be a bad thing (Cubert says, “BINGO!!!”)

When I graduated from college, I wanted to help people manage their finances. I applied to every job I could find with the title of “financial advisor” or similar. I interviewed with a bunch of companies and made it to the “final round” interviews.

That’s when they asked me to write a list of people to whom I could sell “financial products.” Thinking back on it now, I’m pretty sure the products they were selling were whole life insurance policies and annuities.

I’d have no problem selling the right product to the right person. I just didn’t feel like that’s what was happening even though my title was “Financial Advisor.” It honestly felt a little scammy. So, I took my career in a different direction: a new focus on faceless corporations!

This decision was great for my career. I’ve done well and moved up in the ranks. Still, my job doesn’t give me the satisfaction I need. I’m even more removed from my original plan of helping advise people on their finances.

Not giving up by a long shot though. I fully intend to dole out advice to others on how they can reach Financial Independence. In preparations, I’m working to become a (drumroll…..) CFP (Certified Financial Planner!)

I know that many in the FIRE community are not fans of financial advisors (Cubert says, “Nope.”) I’m a DIY guy myself, so I understand the apprehension.

On the other hand, I believe that almost everybody can benefit from having a 2nd set of eyes. I also think some just don’t care to do it on their own and want help.

I’d like to set up a business model where my incentives are purely in line with my client’s interests (Cubert: “This is a concept called Fiduciary Duty and was included in the Dodd-Frank bill. I’m not certain if it’s been rescinded?”) If this results in me making less money than most advisors, that would be OK because it would be extra money anyway at this point in my journey.

A Bone to Pick with the FIRE Movement

Truthfully, I think 90+% of the FIRE bloggers out there are focused on FI not FIRE. Blogging for income is work, even if you enjoy it. If you are writing for, marketing, maintaining and monetizing your blog, you are self-employed.

According to Wikipedia, “retirement is the point where a person stops employment completely.”

I hate to break it to you but if you are employed, self or otherwise, you are not retired. I’m confident that almost everybody who has put systems in place to reach FI at a young age is too ambitious to retire. Think about billionaires like Mark Zuckerberg, Elon Musk, Richard Branson . (We don’t know if The Donald is worth billions…)

All of them are FI. None of them have to work. Yet, they all do because they want to. This is similar to a FIRE blogger who may quit his or her 9-5 job, but keeps blogging and earning an income from it.

In my dream world. I’d be FI and not have to work. But I’d still spend about 20 hours a week doing “work” that I enjoyed. I’d want it to be somewhat challenging. I’d want to have a sense of accomplishment when I do well. I’d want it to help people and improve their lives.

The rest of my time will be spent with friends and family. I’d ski, hike, cycle, and run. I’d play board games and poker. Learning would be front and center. All of these leisure activities would be more enjoyable if complemented with purposeful work.

What would I do with the “extra money” I earn? While I’d be fine living on my current spending, having a little extra wouldn’t be upsetting.

It would be nice to pay somebody to clean our house instead of doing it ourselves. I get no joy in cleaning toilets. It would be nice to go out for a nice meal without thinking of a budget. Oh, and the beach scene at the luxury resort I described in the first paragraph? Earning extra money means I’d be able to afford a vacation like that once in a while.

When I’m FI, I’m going to do whatever I can to live as close to the dream outlined above. My 2018 goals, including the savings and education targets, were designed as steps towards that dream. Still, my path to FI is not a race. Nor is it about making sacrifices.

I don’t want to retire early. I’m trying to live a great life now and end up with the freedom later to live my dream life!

Editor’s Note: I respect and appreciate where Jason is coming from here. Many of us still want to enjoy the “extras” that life has to offer, while helping others, and calling our shots. Financial Independence is a powerful concept that enables us to retire early from employment-at-will arrangements, so we can pursue meaningful work.

I’ll drop the microphone after this last clarification: For anyone readers with this misconception, know that no one ever truly “retires”, if you believe that “retirement” is a complete absence of “work.” Tell Grandma she’s retired, when she’s busting her ass taking care of her grandkids, while mom and dad are at work. Tell Grandpa he’s retired, when he’s off volunteering at Habitat for Humanity.

See the difference? And besides, if you tell me you’re always “working”, while employed-at-will, I give you my severest of finger wags. You are reading this blog from your cubicle now, aren’t you???” 🙂