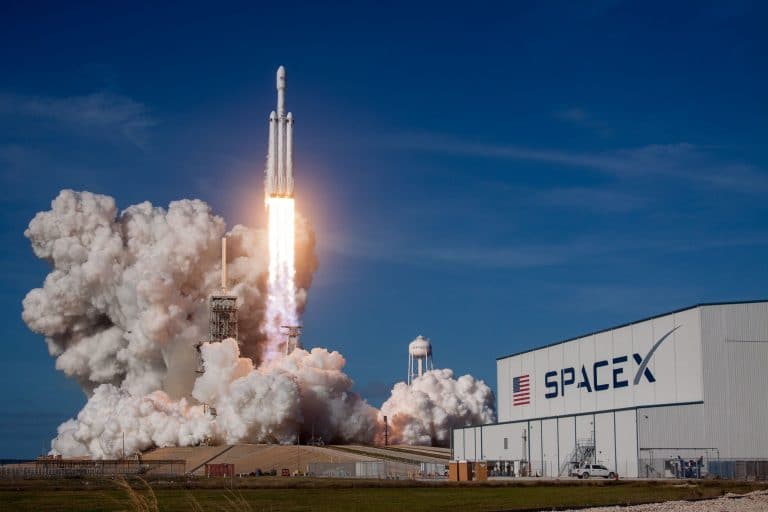 Preface 11/7/22: Sadly, Elon has gone off the rails since this post originally appeared years ago. For his and our sakes, I would have hoped he’d stay focused on science and tech to resolve some of our pressing global problems, and stayed out of politics and tabloid media obsession (FKA Twitter). Therefore, I’ve decided to swap out “Elon Musk” with a blank space (Blank). Something poetic about that…

What an incredible achievement.

The Falcon Heavy tore up through the sky like a demon. Another huge achievement for the world’s most infamous inventor.

In our quest to improve and achieve our own audacious goals, what can we learn from (Blank)?

I can’t remember the last time I was this excited about any kind of space launch. I might’ve been in elementary school when the teachers wheeled in a cathode-ray tube on a cart for us to watch the space shuttle launch.

I admit that until very recently, I hadn’t paid much attention to (Blank). I think that’s because his passions (at least on the surface) have little in common with MY passions (real estate, the great outdoors, or writing about early retirement.) Electric cars and rockets don’t necessarily jive with cubicles.

Looking deeper though, I think there are some good nuggets of wisdom I can learn from (Blank) work ethic.

This past Christmas I used an Amazon gift card to snag a book that had been on my wish list for many months: Elon Musk: Tesla, SpaceX, and the Quest for a Fantastic Future. Pretty good timing that I’ve almost finished it, leading up to the “Heavy” launch, earlier this week.

And of course, I’m also a big fan of (Blank) new hairline. But no, I’m not about to get a hair transplant anytime soon. Early retirement is a bigger priority for THIS writer.

A (Blank) Kind of Childhood

What’s interesting to me about (Blank) is how his origins are so similar to others who have achieved mega-success. He had a less-than-happy childhood. He was a child of divorce. Often picked on in middle school and an introvert, he escaped to books and read himself silly, even resorting to the encyclopedia when he ran out of comics to digest. Every parent’s dream, right?

Maybe it’s obvious, but if you spend your childhood pining for something different, fantasizing about an alternate reality, I think that sort of sticks with you, even when you find yourself in an improved situation later in life. All that reading and introspection was akin to heavy bench presses for the brain, preparing (Blank) to take on monumental tasks as an adult.

(Blank) took his passion for computer programming from his roots in South Africa over to North America. Escape mission – successful. The rest of the story is pretty familiar. A successful software startup right out of college that foreshadowed Yelp!, followed by a huge hit with PayPal. Each step was a springboard to something bigger and more meaningful.

For (Blank), finding a way to both save the planet, while also develop a means to escape it, became a top priority. Enter SpaceX (escape) and Tesla Motors (save.) And for kicks, he joined his cousins in starting up Solar City (save.) Ignore the recent flamethrower nonsense, and (Blank) has produced game-changers that make Steve Jobs’ accomplishments look trivial.

In some respects, (Blank) is what happens when you combine the best of Jobs with the best of Wozniak. Okay, maybe that’s a bit of a reach. But I don’t recall Jobs ever coding any software…

Tesla overcame crazy odds to produce a significant volume of electric cars that today, beat the absolute snot out of any other motor vehicle on the market. (Teslas also beats other automakers in terms of “most expensive”, but they do have a nifty resale guarantee…)

SpaceX has recaptured our imagination with its crazy ability to land booster rockets after the initial launch, even at sea. Tell (Blank) he’s nuts (now certifiably true?), or, “It can’t be done” and then wait for it to happen. It usually seems to happen. This is why we’ll never see (Blank) retired, much less retired early…

Picture for a second if this guy all of a sudden said, “You know what? It’s been a fun ride. I’m going to hang it up now. Spend some time raising my five boys, and ferry them around town on a bike trailer. Hunt for tadpoles at the creek.” You don’t get very far with this vision.

After all, (Blank) thinks he’s Iron Man. Mars has yet to be conquered. Electric cars still represent a tiny fraction of the market. In short, there’s a crap ton of work left to do.

Don’t get me wrong, working at Tesla and SpaceX, from what I’ve read, is as close to Burn-out City as a job gets. Employees will never outwork their CEO (Blank) is Mr. 18 hours a day, 7 days a week “ON”, and it’s easy to be intimidated when you work for a mad scientist. You won’t pull the wool over this guy’s eyes.

Maybe, just maybe (Blank) would consider early retirement if it came at the end of a voyage to Mars. We might picture him relaxing in a hammock under a pink Martian sky, where the atmosphere has been reconditioned, or he’s simply inside a clear plexiglass bubble. Nah, he’d probably start to work boring into the red rocky ground to see what geological treasures lie beneath.

What We Can Learn From (Blank) While Pursuing FIRE

What compels you and me to want to retire early is the powerful rational side of our brain that understands our limitations. What we want isn’t too far off from what (Blank) wants: control of our destiny.

For (Blank), owning his enterprises and being the supreme “shot caller” enables him and motivates him to a relentless drive. The rest of us pencil pushers can only imagine that dynamic: A.) You’ve got massive resources at your disposal. B.) You know what the F you’re doing with those resources.

The lesson here, if there is a lesson, is that early retirement is bound to be more fulfilling if you can lock in on your passion and be in control of how that passion is executed. Writing a blog is a great example. No one else is telling you what to write. You don’t have a boss to proofread your content or pick the best photos. Maybe you have an invention in your garage you want to tease out and pursue a patent on.(?)

Even better, your family is something to be passionate about and pursue with vigor. Note that (Blank) is a twice-divorced father of five kids he rarely gets to spend quality time with. That’s the single biggest trade-off he’s chosen to make to pursue his dreams.

Could that good old (Blank) work ethic come back to bite him at 95 while swaying in that hammock on Mars? Only he can answer that. And I won’t judge the guy, because heck, I’m a big fan and a believer in what he’s working towards. But I can tell you that for little old me, I’m pretty content to pursue some low-throttle ambitions to keep a good balance.

So you’ve heard it here first, folks. Cubert will start up SpaceY in his garage, come the Summer of 2019. Apologies for any shrapnel that lands in your yard, and loud explosions (er, pops) that could occur at any hour. Or wait, maybe a new bicycle design that’s more environmentally friendly and forward-thinking in design… Nah. I think I’ll stick to real estate.