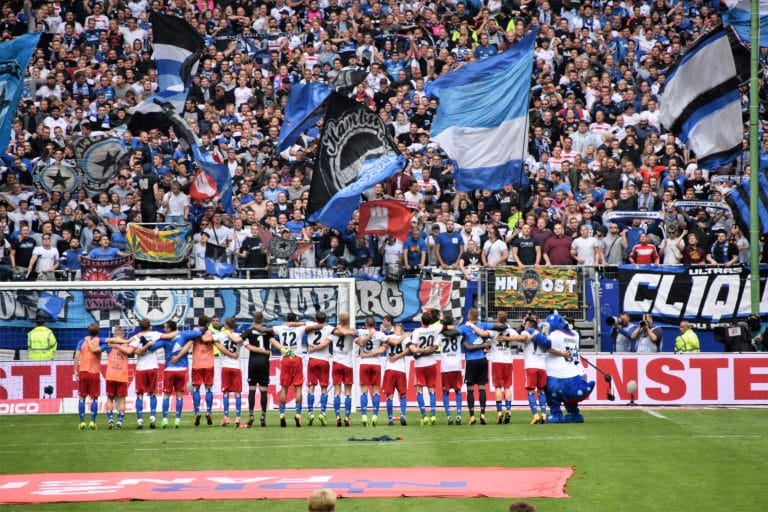 One of the fastest ways to consume time and money is to be a fan of big-money sports.

Especially this time of year, when American football is in full swing, sports fandom is off the charts. Let’s explore the psychology of sports fans and how being a die-hard fanatic affects your financial life.

Frankly, it’s getting way out of control, my friends.

I once enjoyed watching college football, and even some NFL, even though so much of both sports is riddled with off-field issues. But anymore, I’m done with sports.

When you go to a big state university, it’s hard not to develop an ingrained sense of ownership in State U’s teams. And whether or not you went to a big U, there’s bound to be a major market pro team you grew up with and grew attached to.

The High Cost of Being a Fan of Big Ticket Sports

Some telling statistics show that we spend a $hit-ton of cash on everything from tickets, to apparel, to cable and satellite packages, fantasy leagues, and more. Nationally, revenue-generating sports yield over $15 billion in earnings per year. That’s a lot of hot dogs and jerseys (and ad space), my friends.

Arguments persist over the claimed benefits of a new stadium to its host community. The cost of a new mega-stadium, such as the Minnesota Viking’s new home, U.S. Bank Stadium, eclipses $1 billion.

You’d be hard-pressed to prove conclusive economic benefits to the host city. Exhibit A is Detroit, where suburban residents fly into downtown to catch a game, and then whiz back home, passing open fields of economic wasteland, en route to their outer-rim subdivisions.

Last Sunday, the Vikings hosted their cross-state rival Green Bay Packers in game 2 of the regular season. It’s a big game for devoted fans on both sides. There’s a limited supply of tickets, so it’s not a total shocker that second-row seats were going for $3,700 on the secondary market.

Just to get in the building for a nose-bleed seat would put you back $250 (assuming you’re all by yourself.) And let’s not forget the increased city sales tax we all get to enjoy, jacked up to help pay for the new Taj Mahal.

Local news interviewed the fans sitting in those seats, mainly young couples in their twenties, likely at the very beginning of their journey of building net worth. Two tickets = $7,400.

If instead our young couple considered a televised option, and put that $7,500 into a 7% yield investment account for 20 years, they’d wind up with $29,022. A better option, if you’re thinking about early retirement, no? Or, that $7,500 could pay for a part-time MBA class or two.

The Impact of Sports on Your Finances

These are the main reasons to question the economic psychology behind sports fans.

This is not an all-cost, zero-benefit situation. Far from it. Our species have made competition through a proxy (David vs. Goliath! McEnroe vs. Borg!) a core part of our society for thousands of years.

Gladiator battles in the Roman Empire certainly had an economy with winners and losers. This isn’t a new phenomenon by any stretch.

Watching the best of the best make amazing plays or sink unbelievable shots is fun. We try in vain to apply what the best athletes pull off when we’re out on the golf course.

“I know if I just grip the club like Tiger, I can make this pitch shot!” We probably won’t make that pitch shot, but when the best players show us it’s possible, it keeps us motivated to practice and improve.

The Psychology of Sports Fans

This is a great question on the topic of the mindset of sports fans. In fairness to the face-painted legions everywhere, there are a few benefits to sports fandom worth mentioning:

There are over 100 charities and nearly $200 million is donated each year. Your loss in paying for those $250 tickets and $50 monthly cable bills, is (at least partially) someone else’s gain. Take the “Make a Wish Foundation” for instance, and other good causes teams and coaches support. There are many of them.

We Know How Being a Sports Fan Affects Your Life

I enjoy following a handful of teams, including my alma mater**. Still, I don’t attend games, and I don’t pay for cable. I will watch a game if it happens to be on a network station (via antenna).

I’m not likely to kill a great weather day to sit and watch a game, because, for one thing, great weather is too precious a resource here in Minnesota. Our charity dollars go directly to similar causes as those sponsored by the big leagues.

By limiting my time to the select few games televised nationally, I’ve found a personal balance that works for me. My wife and I closely follow our college teams, and this leads to some fun bets between us. No bruised egos, whatsoever. The lucky loser gets a gourmet dinner prepared for him or her, as a consolation prize.

The bottom line is: Don’t look for us in the second row at a Vikings game any time soon, because that’s just personal finance insanity. And please, don’t go out in public wearing a pro jersey. Really. Don’t. It’s just plain too expensive to be a sports fan.


*I don’t pretend to know the causes of violence outside the game, but it’s incredibly troubling to see case after case of violence against women. And let’s not forget the cost of violence to the players themselves.

The short-term and long-term effects of head injuries are especially troubling, and the only way to solve that problem is to penalize tackling in football, or checking in hockey. I reckon people won’t pay to see that.

**Update 5/12/18: Although since the Larry Nassar story broke, and other godawful events have come to life, I’m a lot less enthused about my alma mater. Especially if my alma mater sat on its collective ass and let this sh*t unfold without taking any action. Which seems to be the case.