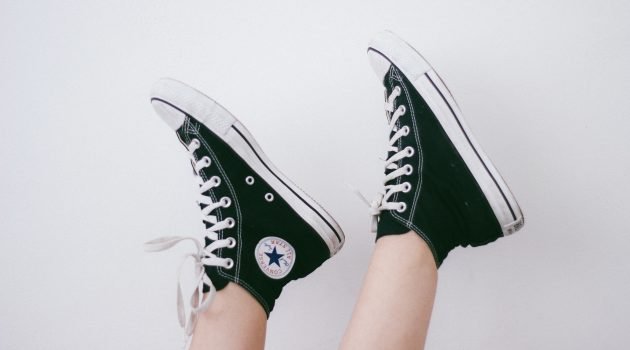 The last couple of years have been nuts. I’ve got nothing to complain about and a lot more to contribute. Blogging just had to take a back seat for a while. Uncertainty gives life some spice, but it sure can take you out of a routine. Do you embrace uncertainty, or try to fight it?

Those first few sentences took much too long to conjure. Writing with flow requires consistency and practice. Work emails don’t count. (Especially MY work emails, which tend to be super short and to the point – as is ideal.)

Regardless, I’ll try to put together some paragraphs on what I’ve been up to lately, and whether uncertainty can lead me back to more writing on this severely abandoned blog.

After that big promotion, secured in early 2019, I figured I could sail into early retirement that much quicker. Alas, it’s been three years and I’ve shot past my original target date by three years and two months. What have I missed? It turns out, not much.

In March of 2020, I nearly walked out on the job after having my fill of bad management. I told my boss I had had enough and wanted out. There’s something about being hamstrung by committee-based decision-making that drives me bonkers.

My timing could’ve been better though, as the Coronavirus lockdowns struck just two weeks later. My job is now in limbo, I was effectively benched for almost two months.

Fast forward to May and I’ve got this daily steps goal mastered. There are some benefits to early retirement after all – if my two months of paid limbo are any indication… But because I am not considered a lost cause, I got picked up by another team and was once again back to the grind.

No complaints either, since the new boss was a good match. Autonomy is a crucial part of being happy with any job, and I finally got it back.

Within a month of starting the new gig, I learned that my dad had been diagnosed with pancreatic cancer. The next seven months would be some of the most challenging as I took on a role I was completely unprepared for: caregiver to a cancer patient with a terminal disease.

This was a period of learning resilience, patience, forgiveness (of self and others), and cancer.

Before my dad could move here for treatment and be with family, the death of George Floyd and the subsequent riots went down. That all happened within a few miles of where we live. And it was shocking, scary, and several other emotions all wrapped up in the tension of that summer.

Uncertainty was becoming a reliable certainty. Still, we fought through 2020. Survived it. I mark 2020 as a time when my privilege made early retirement and financial independence seem like the most alien needs imaginable, especially when whole commercial blocks were going up in flames nearby.

Writing a personal finance blog post at any point in 2020 just wasn’t anything I was remotely motivated to do. Nor did I have the time.

My dad passed in January after a stubborn fight against the most awful of cancers. I am proud of his stubbornness, but watching him fight so hard against the inevitable was revealing.

He wanted more time. We need to cherish the time we have. But also, is there a level of grace in letting go of the things you cherish, when uncertainty slips under your door? I believe there is.

Midway into 2021, work played more tricks on me. This time my boss moved into a new role and left me with yet another new boss. This is a reality in corporate life, where re-orgs are sort of a sport or shell game intended to shake things up when all they do is stress people out.

New boss = good guy, but not my guy. Sigh… Dealing with uncertainty is starting to become a thesis in my imaginary doctoral program.

Could I just retire early? By now I’ve reached a number that by all accounts means I could. But damn if pride doesn’t keep me coming back to the corporate well. That and the pandemic is still raging so who knows what uncertainties lie ahead for the early-retiree set?

We trust the numbers when times are good. Then we grow skeptical when it’s stormy. Human behavior. Pure economics at play…

(Writing also gets easier after the tenth paragraph, so that’s nice.) One of the better ways to tackle uncertainty is to take action. Protest when injustice surrounds you and affects people you care about. I chose to put some corporate matching dollars towards rebuilding what small businesses lost in the 2020 riots.

I took action by pushing respectfully for a significant raise and ultimately achieved it in early 2021. (Reason #224 why early retirement is hard to do: bigger paychecks.)

Ukraine. My heart is with this nation and it’s become my top charitable priority since the invasion in February. (By the way, all of the sponsored posts these past two years haven’t gone to my beer money account.

All of it, plus the corporate match goes straight to international charitable groups. Sorry about the bad reading, but it’s only a little less fun to read than my stuff!)

I wrote a post about almost joining Peace Corps, which would’ve stationed me in Ukraine back in 2002. I figure, the best way to repay my lack of commitment then is to show some support now when Ukrainian families need it the most. Thank you, UNICEF!

Dealing With Uncertainty When Life Is Uncertain

I miss being a regular contributor to my blog. It is honestly fun to post here. I’m going to try to get back into it. This is some form of therapy to keep me grounded on what’s important.

I am on a journey to figure out how best to contribute to my community. How best to support my family? The community of bloggers I’ve come to know and respect I consider friends. (Carl – that’s you if you’re reading this!)

Thanks for reading as always. Time to take ACTION.