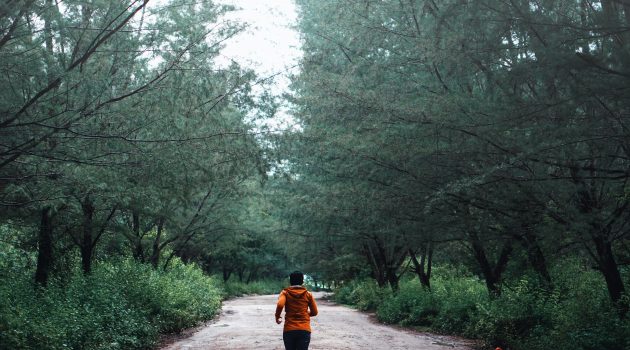 One year left of this cubicle life.

This is the time when all of those crazy questions start to pop up. “What the hell am I doing?” or, “This is crazy. I can’t afford to lose my paycheck!” or, “I’ll be bored out of my skull.

So, I’ve got to stay sharp. I MUST keep working!” The courage to quit this cubicle life remains elusive.

Anecdotal evidence points to several early retirees reaching financial independence, only to linger on at their work. Others set their targets and exited stage left when their big day arrived. Part of me is leaning towards sticking around for another few years and building up my stash some more…

There’s a handful of hang-ups that would give most of us pause before giving our notice. For one, there’s the constant and steady stream of money flowing in. You’ve been churning paychecks for years and years.

Do you think all a sudden you’ll just walk away from payday? What about those nice benefits, like health care, cheap life insurance, stock purchase plans, and employer co-funded accounts (401K and HSA)?

Every other week there’s a nice, tidy sum of money that magically pops into the checking account from the job you’re anxious to walk away from. You’ve been chain-smoking paychecks for years. There’s no patch you can slap on your shoulder to break this addiction.

Will I Miss Routine and Prestige If I Quit Now?

Routine is another factor. This might surprise you, but humans love routine. We tend to function best when we have a predictable pattern to follow, day in and day out. Sure, give us sufficient breaks to recharge on weeklong vacations. Great! But give yourself six months and you’ll start getting a strange, unexpected 9-to-5 itch.

We spend our days in cubicle land fantasizing about sleeping in on Mondays and taking naps in the middle of the weekday. We joke with our colleagues about “being in the Bahamas” when we’re caught not paying attention to conference calls.

Oddly, when it’s time to walk away from the grind and that cursed cubicle, we start to lose focus and direction. Our pattern is no longer there to keep us on the rails.

Do you worry about a loss of prestige when you hang up your career? It’s a real thing. Those who’ve risen in the ranks have these little imaginary stars on their uniform shoulders, like a dime-store army general.

If you quit your job the only people you have influence over are the kids, and even they start to give you sh*t for being unemployed. What’s an early retiree to do? I know I know – get a dog, tend a garden, yada yada…

Loss of status can be a hard thing to adjust to, particularly if you’ve enjoyed a healthy climb up the corporate ladder. I suspect this is why former presidents have typically worked just as hard after leaving office, to keep up some level of authority after their White House days are over.

The good news is this. For many, if not most, retirement does not suck. The earlier you quit, the easier it is to adjust to a life without steady paychecks, cubicle routine, and loss of status.

Consider it an incentive to retire early. Before you get so addicted to work that you can’t possibly imagine sitting around the house all day (a common dilemma for those in their late 50s and 60s), consider my friends, early retirement.

The x-factor in all this is the money. Building up your stash until you’re Financially Independent (FI) is the most important thing you can do. F-You! money. And the single easiest way to reach that goal is to invest 50% or more of your income, avoid silly debts and frivolous spending, and supercharge your earning power.

The Five Stages of Cubicle Grief

When a Friend Found the Courage to Quit His Job

At a prior corporation years ago, I worked with a group of commodity traders. As the on-site, on-demand IT guy, there was lots to observe. Just out of college, my gig here was sort of like Jimmy Fallon’s IT Guy impression from his SNL days.

I got to know everyone I helped and it was (more or less) a pretty decent place to work. If nothing else, I was helping people do their jobs in a hands-on way.

An interesting thing about being a young worker bee in a large company is that you tend to socialize a lot more with your peers. I got to hang out with some fun peeps outside of the office.

One of the traders I got to know (we’ll call him Jesse) became my guitar mentor. He was a musician through and through and played in a rock n’ roll band at local bars. You could tell he wasn’t where he wanted to be with his 9-5 gig.

One random day I remember helping Jesse out with his computer. Everyone was still on Windows 3.1 running on 486 processors. If that means anything at all to you. It meant job security for me. Anyhow, he seemed in a good mood and I helped him get a program up and running and was on my way.

I must have had six or more visits to Jesse’s desk pool throughout the rest of the day. I’d look over to wave, or share a little banter, but each time I looked over, I saw an empty chair, with the screen up, but no sign of Jesse. On my last stop close to 5 PM – the same thing. No Jesse.

Turns out the guy just up and walked out. Did not EVER return. Dang. I think the only personal effects he grabbed before leaving were his cigarettes and lighter. I was like, “He just walked out like THAT!?!” See? Balls.

Come to find out, Jesse left one company to end up in the same trader gig at a competitor across town. Here I thought he would take his guitar to Nepal and find some blissful desk-free life in search of his own personal Nirvana. Nevertheless, I will never forget being a witness to a real-life corporate prison escape.

After many years, I’ve kept in touch with Jesse. He kept playing his guitar and even had a pretty good band that played in less cruddy bars for a spell. He’s still with the same company but shared something with me at a happy hour recently. Jesse had the courage to quit and he’s even planning to retire early.

Finding the Courage to Quit a Job on Your Terms

Quitting (or “Quiet Quitting”, if retirement isn’t the goal) is a key part of any early retirement plan. You shouldn’t have to just up and walk out as Jesse did. Even if that is pretty bad-a$$. For me, I think the main thing is to go out with class, on top of my game.

If anything, I hope this post inspires you to imagine how your last day in the office will unfold. And if that, in turn, inspires you to start down an early retirement path, then go for it. There’s a big and diverse community of us here to guide you on the journey.

By this time next year, there will be no more mortgage payments. Our cash flow situation can then support our 50K – 60K per year annual expenses. I already know I’ll miss the paycheck. But having the rental business and this blog, I’m not worried about losing any sense of routine. As for prestige? I’m nowhere near executive status at my day job, so nothing was sacrificed there…

I’ve had an office for all four years during my tenure in the workaday world. It’s not all it’s cracked up to be. Granted, farting with the door closed has its perks.