Curious how much does it cost to raise a child (or more) these days?

It’s all about how you approach the ideas and beliefs (and myths!) of raising kids that will decide how much of an impact they’ll have on your early retirement goals. Those sensationalized “news” articles are intended to scare you with ridiculous statistics about the cost of raising kids in America. Scare you into buying something from one of their advertisers to allay the pain. Brother…

How Much Does It Cost to Raise a Child: The Common View

The total cost cited in the Huffington Post article linked above is a staggering $233,610. And that doesn’t even include the cost of college! WT, right?!? If you’re like me and have two kids, you’re all the sudden facing a tab of $467,220. And now I’m all the sudden feeling a bit queasy… This is my Rolaids Moment comin’ on…

Let’s start to feel better by examining the costs a bit deeper. First under the microscope is our good friend Housing. According to the U.S. Department of Agriculture, which compiles this figure on an annual basis, your housing costs comprise 30% of the total cost.

At around 11 or 12 we’ll put one of them in the finished basement, where I’ll have installed heated floors and another egress window. Crazy how a small house suffices, right?

The new tax bill that recently passed isn’t without controversy. For this post, let’s focus on just one facet of interest – the Child Tax Credit. It had been $1,000 per child. It’s now $1,600*. Not too shabby! See, raising kids (plural) ain’t so bad… Right??

If we were to take that credit and invest it over the allowed 17 year period, how much money do you suppose you’ll have saved on your taxes during that stretch? Assuming a 7% inflation-adjusted annual return, the yield is $98,688.70. I left in the 70 cents for effect. Pretty neat, huh?

*Note: Since posting this, I learned the credit was DOUBLED to $2,000 per child in the final bill. And bonus, the income ceiling was doubled as well, so 99% of us can expect the credit in full.

Go make some babies, young people! But wait, before you go procreate, let’s see what else is lurking behind the numbers. 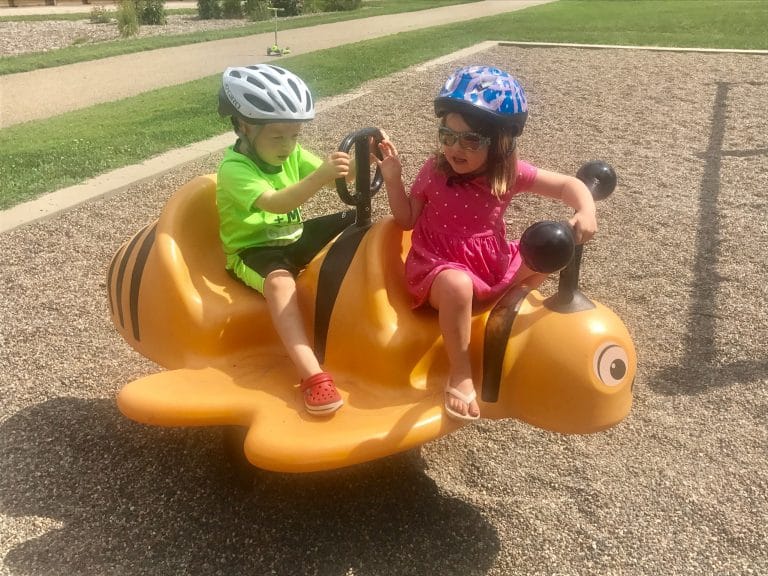 We ran into this ourselves. I won’t be ready to retire until after the kids have started public school, but at least Mrs. Cubert’s work schedule allowed us to minimize childcare hours to about 30 per week. The US Ag Department figures that childcare will cost you $37,378 per child. Again, with two, that’s a pretty big figure of $74,756.

Thanks to the tax code, we should be able to reduce that figure down a bit. There’s the Dependent Care Credit, which allows you to claim up to 35% of the cost of child-care, up to a maximum of $3,000 for a single child under 13, or $6,000 for two or more children under 13.

There’s typically a five-year window from birth to kindergarten, where most of the childcare cost burden is felt. Assuming you’re like us and paying for 30 or more hours per week, you could save up to $2,100 per year. And knowing how stellar you are about making your hard-earned dollars work for you, the investment returns of those savings would knock off an additional $12,076.

And by the way, there’s also the Earned Income Tax Credit, which for lower-income families (couples earning less than $50K per year) allows access to even more credit – up to about $6,300 per year.

Food and Transportation account for roughly equal parts of 33% of the $233,610 original “supposed” total cost to raise one kid. That’s a staggering $154,182 over those wonderful 18 years with two precious, adorable kids. But what is that figure telling us about how we choose to live?

When grandpa used to complain about walking to school through 2-foot snowdrifts, uphill, both ways, that’s not far off from the truth. We eventually got a busing service established, courtesy of property tax dollars. But still, how the f**k do you wind up paying over $75K to get your kids from point A to point B?

Part of the problem is where we choose to live and the activities we choose to burden our kids with. We’ve made the conscious choice to live in a neighborhood with good enough schools that are within walking or biking distance. Select activities will be available to our kids but will require pedal power to reach. Mom and Dad are not a taxi service.

If you ask around the office, you’ll hear about co-workers who live out in the boonies having to drive their boys to hockey practice and cross-state tournaments, ALL.THE.TIME. It sounds like a fun life. Not.

I’m going to go out on a limb and reduce the transportation costs by a full $75,000. Thanks, bikes, and feet! I left a few hundred bucks in the mix to account for car seats and the marginal fuel of carrying an extra hundred pounds of human cargo.

Food can realistically be a bigger expense. You’ve got to feed them well. But there are some money-saving tips that not only will help your bottom line, but they’ll also help your kids grow up to be healthier, and fitter too.

We spend about $800 a month on food. This is before accounting for rewards money from our AMEX Blue and Citi Costco Visa cards — Two wallet-worthy credit cards that are quite generous with grocery points. After taking rewards redemption into account, our true monthly spend is about $690. Annually, that’s $8,280.

Assuming the kids eat about 50% of that total, we’re in for 16 years at a total of $66,240 in food. The USDA isn’t that far off from the Cubert household, though with some credit card tactics and a few other stealth moves* we’ve clipped off about $13,000 from the total.

*1.) No snacking – what the hell ever got into parents with the “snacking everywhere and the minivan” thing??? and 2.) 80% vegetarian household. Save big on the cost of meat.

Fortunately, many of us have parents and in-laws who are more than happy to help clothe their grandchildren during the first four or five years of utter cuteness.

We’ve been blessed with generous grandparents. For every other clothing need, we try to use consignment shops or get hand-me-downs from good friends and neighbors.

As the kids grow up and move along into grade school, we’ll concede to the need for fashionable duds. But that can still happen without frequent trips to the mall. I’m thinking eBay might have some sweet deals for kids (like it does for the old man!)

I’m going to take one more haircut before we go further and wrap this up. Studies have shown that combined, working couples make roughly 2% more when they have kids. Sadly, Dad’s pay goes up, while Mom’s pay goes down. That needs to be fixed. The net of it is 2%, and we’ll use every penny of that money for this next part…

For now, we’ll assume our hypothetical power couple brings home $150,000 total, per year. A 2% raise is a decent bump of $3,000. After taxes, you just might put those dollars into a 529 account. If you do, your kids will be thankful for the $67,998 you set aside for their college education.

Lastly, if you’re a reader who happens to be a parent, you might agree with this notion. When you have kids, you simply don’t do as much as you used to. The fun money can’t be spent for at least three to five years, maybe more.

Kids require a lot of attention and effort on our parts. You can’t just jet off to Paris for two weeks like you used to. Further, you’re less likely to join in on spontaneous happy hours and dining-out with your child-free friends.

I’d expect as the kids get a little older we’ll travel more, and dining out will surely cost more as appetites grow substantially with age. With that in mind, I’ll take a small cut of that $8,200 – say, $3,000, multiply it by 18 years, and subtract that from our final total. Here’s where we land: