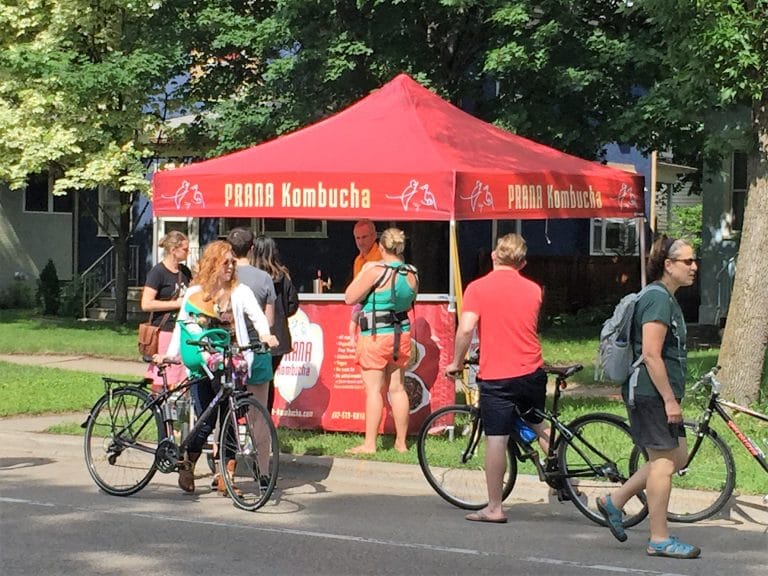 Thanks to being an urban planning major in college, I have a pretty good pulse on how cities develop, change, decline, and gentrify over time.

If I had a choice over where to retire, I would probably look for a mountain retreat, far away from it all.

But this is a post about the inner and outer cores of metros areas here in the States. Let’s poke at a few factors to see why cities are better than suburbs.

Why the city always wins? For one thing, the city has sidewalks. I have the pleasure of traversing a few layers of the Minneapolis “onion” on my bike commute. As soon as I pass the city limits, POOF!, the sidewalks have vanished.

Of course, that means dog walkers and kids are out hugging the curb while trying to “enjoy” a morning walk, or simply waiting for the school bus. No sidewalks? Complete and utter lack of suburban planning.

In contrast, it’s a breath of fresh air to be where we are in a city neighborhood and have sidewalks for strollers, disabled folks in wheelchairs, small kids learning to bicycle, and even just us grown-ups who prefer not to be plowed over by idiots on four wheels.

What is it that convinced suburban planners to develop their little enclaves without sidewalks, anyhow? I can only imagine it had something to do with saving money, plus the fact most of our suburbs were developed in the golden age of the automobile: 1940s to 1960s.

Things are slowly improving, at least where there’s money to be had. Our wealthy first-ring suburb of Edina has recently started to plant sidewalks on at least one side of the road, on busier thoroughfares.

It’s a start. But I tell you after that drunken fool went charging through one of Edina’s sidewalk-less neighborhoods last week and nearly took out a walker and his dog, I’m convinced that the value of sidewalks on low-stress walk-ability is priceless.

Suburbs Are Dangerous Places for Pedestrians

One can typically count on two hands the number of places you can walk to in an urban neighborhood. Within 10 minutes from our house, we can reach the grocery store, pharmacy, library, a few restaurants, coffee shops, elementary and middle schools, and even a gloriously-stocked-with-amazing-craft-beers liquor store.

And parks paved trails and lakes. Minneapolis is a grand city, at least for seven months out of the year.

If you make your way out to the ‘burbs, you are bound to be loaded up into the four-wheel death trap and landing in neighborhoods with very nice houses that all look the same. The trees are often fewer and younger, which sucks if you appreciate a tall tree canopy to protect your lily-white complexion from these Nordic, intense summertime rays.

I spent the first eight years after moving to this metro area living in the suburbs. Second ring action, mind you. So yeah, I was in my car an awful lot. I had a nice $1,000 bike that sat idle for the first 15 of its 20 years in my possession. There’s something about being in a car that much that gets you wondering about statistics.

The more I have to drive on these 65MPH routes, the more likely I’m going to get into a crash. And in the long run, the less I’m going to thrive as a human being.

Here’s a good read for you, if you think you’re safer living out in the sticks. The fact of the matter is, because you don’t have sidewalks and you’re always in a car to get to any place of consequence, you’re twice as likely to get killed in a car crash vs. getting killed by random city violence.

We all fear the boogeyman. But the worst devil of all is a speeding car that doesn’t care what it careens into.

We have friends who choose to live way out in the exurbs – you know, those second and third ring suburbs, where the cow dung fertilizing nearby crops smacks you in the face with its sweet, sweet perfume.

They figure it much safer out there because they’re farther away from people. Conceal and carry are important to them, but I’m not sure that’ll help them avoid a traffic accident.

And that level of ignorance is incredibly sad. A rift has emerged that I’m sure posts like this one are contributing to. Attitudes have hardened and grown more and more combative over the last 10-plus years. Us vs. Them. City vs. Suburbs.

My friends who chose to move “out there” among the farm fields in many respects represent a microcosm of the divide we now get to live here in America. I’m sure if I shared these statistics with them about city vs. suburb safety, they’d accuse me of being a democrat, or something more heinous, a liberal.

Cities Are Far From Perfect

It’s not all roses here in the urban neighborhood. Where to begin? In Minneapolis, we have the joy of a major international airport located within the city limits.

You can imagine the noise. Thankfully most of the nearby homes were given free upgrades for noise abatement (e.g., attic baffles, central air, and brand new double-pane windows). Nevertheless, it ain’t no fun to be out on your deck on a beautiful summer night, contending with Air Canada…

Captain Obvious? Ahoy there! Yes, it’s also more expensive to live in an urban core or city neighborhood. Not always, but often. Here in the Twin Cities, property taxes have shot up year after year. Yes, we have to pay for the nice amenities we enjoy. Those parks, trails, police and fire services, and schools are wonderful social goods, but they’re not FREE.

In major metros across the U.S., it’ll cost you $10,000 to $20,000 more per year to enjoy the privilege of city living. In Minneapolis, thankfully, that figure is less than $10,000. Mainly because the housing stock outside of the city limits is much newer and the schools in suburban districts are well-funded. But I digress. There are ways to make city living affordable.

Will the Suburbs Ever Win?

Not all suburbs are created equal. Even some of our Twin Cities extra-urban locales can boast of town centers with walkable stretches of sidewalk and districts friendlier to people more so than to cars.

Some of our best amenities are located out in the sticks. And because of how expensive it has become to live in the city, some suburbs are starting to transform into pod-like city cores of their own.

Ultimately, it’s not a contest. Not one worth having a debate with friends about anyhow. But having lived about half of my life in one vs. the other, both as a kid and as a grown-up, the city (neighborhood, not downtown) is clearly where my heart lies.

The exception to that rule is this: Give me the option to live in a small city, absent highways, and high-rises, but with basic amenities within a healthy walk or bike ride. Something about Colorado still beckons.