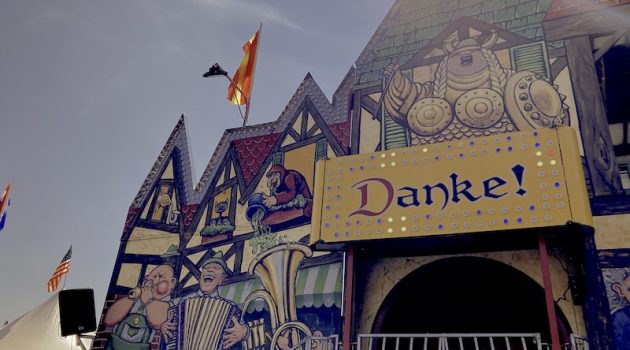 What if you were on the cusp of leaving cubicle life behind, only to stumble upon this question: If you could save thousands of lives through effective charitable giving, would you delay retirement?

At first, this scenario feels, quite naturally, like a royal buzzkill. All that effort to achieve financial independence and build up your F-you stash in Vanguard IRAs and 401ks, Tesla stock, etc.

But then, most of us would return quickly to our better angels and realize the weight of this question. Read on for some charitable giving strategies that I’m pursuing to intentionally and effectively add more purpose to the game of life.

The Earn to Give Movement

Some of the best ideas come from college-aged geniuses. Philosopher William MacAskill is the modern face of the earning to give movement, promoting the ideas of Peter Singer and others.

The premise of this charitable giving strategy is simple and driven home in a hypothetical:

Which causes and associated funding models saves more lives and relieves the most suffering at scale?

Taken further, is it more effective to become a physician deployed to healthcare-deprived hotspots, or a hedge fund manager donating most of his or her salary to the most bang-for-buck causes?

If you picked mosquito nets and hedge fund managers, then you understand the premise. There is a serious data analysis that underpins these hypotheticals and compels a second look at how our resources are deployed to help those in need.

MacAskill and friends, through the Centre for Effective Altruism, have managed to recruit billionaires (Sam Bankman-Fried) and legions of do-good followers to their ranks. Known as “EA’s” – Effective Altruists – they are asked to take a pledge to give the lion’s share of their income to causes. And like MacAskill, they are persuaded to live monkish lifestyles that allow few luxuries.

Except, instead of squirreling away millions for the sake of greed and perceived financial comfort, the young philosopher-author-professor plows royalties and income into global preservation initiatives. Even (Blank) has acknowledged alignment with MacAskill’s worldview (though clearly ((Blank)) is nowhere near being on board with a deprived lifestyle).

MacAskill’s 2015 book, Doing Good Better: Effective Altruism and How You Can Make a Difference, is the operator’s manual for effective altruism. GiveWell is at the center of the discourse.

It’s the numbers that drive the mission. Where can a dollar have the greatest impact on saving a life? That’s what the non-profit aims to answer.

GiveWell has grown exponentially over its first decade. The chart below is nothing short of a success story.

This YouTube video provides an excellent primer on GiveWell.

Some might argue that it’s better to create a snowball of money over time for charitable giving and release the funds when you’re dead (or near death). That way, you can be assured that the money has been optimized from an investment and tax advantage perspective. Otherwise, the dollars you contribute from your paycheck today never had a chance to grow!

I’m not so sure that’s the right mindset to approach charitable giving. It certainly makes sense if you’re Bill Gates, having retired to throw his billions into the Bill and Melinda Gates Foundation. Full disclosure: I (like 99% of everyone else in a retirement pole-position) struggle with the notion of working for decades, only to retire and give it all away.

Overcoming a money-hoarding “prepper” mentality is a process.

What if Donor Advised Funds are an answer to this quandary? What if you could establish a fund that grew with compounding at market rates and direct distribution of those funds over time, vs. all at the end?

The “DAF” can be set up at the usual shops: Vanguard, Fidelity, Schwab, etc. My blogging friend Leif over at Physician on Fire has an excellent post on Donor Advised Funds that I highly recommend.

(Leif has the same nagging thoughts as I do about the idea of leaving money on the table with early retirement. It’d be different if our blogs made millions like MMM out in Longmont, but this blog makes barely more than the cost to operate. The former physician has done some significant giving, and my hat goes off to him for checking out of the rat race in a meaningful, intentional way.)

To start your own DAF, you’d need $10,000 at Schwab, $25,000 at Vanguard, and with Fidelity, you can start with as little as 50 bucks…(!) I might take a gander at Fidelity to at least get started and get comfortable with DAFs before I consider going bigger.

You can fund the DAF with cash and offset your tax bill on the income side, or, you can donate appreciated equities and avoid capital gains taxes. It’s very much a win-win scenario with charitable giving and the US tax code. The trick is to ensure your charitable dollars are going to the most effective places.

My very first target with the DAF I’ll be setting up is, not surprisingly, GiveWell. There may be other worthy causes in the mix as I’ve traditionally given 100% of this blog’s income from sponsored posts and the few ads I run to Children’s Heartlink.

Since this blog fired up in late 2016, I’ve been able to give almost $20,000 to Children’s Heartlink and other causes, using the matching offered by my employer to double my giving. Not bad for a lot of whining about how badly I’ve wanted to quit for the past six years – I’ll take it (and give it!!)

What Will Cubert Do?

By this point, I should have been two and a half years into early retirement. Things came up, but I thought I’d be ready once financial independence was achieved. Hung up on what my purpose and identity would be post-retirement, I remain clung to my dreaded cubicle job, wondering if I’ll ever get the nerve to retire.

Thanks to the recent New Yorker article on William MacAskill and the concept of earning to give, I’ve put a lot more thought into the purpose behind my continued pursuit of a paycheck.

If I can go into the office each day knowing that no matter how difficult the situation, my earned money will go to good causes, then I may have stumbled into the life purpose I’d been seeking all along.

(Side note: One of the caveats of the Earn to Give philosophy is to work in fields that don’t increase the probability of human extinction. In other words, stay clear of the oil, coal, gun, cattle, and tobacco industries.)

The key is to avoid burnout. Finding the right boss and right fit for my skills and interests still need to be primary factors. Finding work-life balance is crucial. As much as the world needs more effective resource allocation, we’ve got to find what I like to call “cause-life balance”.

Don’t perpetuate the death-bed regret of working too much and missing time with family – all because you believe you are the only one who can save Planet Earth. Find your balance.

Check out the 80,000 Hours site for a great read on why the job you have can make a huge dent in alleviating suffering around the globe. I can imagine how difficult it might be for a non-profit veteran to consider a career shift in order to amplify his or her impact.

Ponder: Should you work for the International Red Cross and have an immediate and present impact on helping a few in need, or, pursue a lucrative career as a cardiac surgeon, donating half or more of your salary, and saving thousands of lives? Only the individual can choose – but these questions must hit incredibly hard for those on the front lines of human suffering.

For those of us on the cusp of early retirement, or just starting on the journey, it may be worth reconsidering those goals. I haven’t committed to anything yet (I’m waffling six ways from Wednesday) but I have renewed interest in learning more about 80,000 Hours and Earn to Give concepts.

Whether I wind up giving through the donor-advised fund route or directly, paycheck-to-paycheck, we’ll see…

An interesting pivot away from simple, data-driven giving has unfolded with MacAskill and his acolytes. The merry band of effective altruists is taking up a new mantle: to invest in policy changes aimed at averting the apocalypse.

Instead of reacting to the problems of the world, the non-profit 80000hours.org is on a mission to accrue a critical mass of income pledgers to strategically aim dollars at our most existential problems.

Charitable giving is great, but it’s basically putting a band-aid on problems

Global warming, nuclear proliferation, authoritarianism, deforestation, pandemic unpreparedness, and even (gasp) runaway artificial intelligence. All of these are in the basket of problems MacAskill and the team are trying to solve at a root-cause level.

I’m not sure I’ve got that level of commitment for 80000hours, but I will say this: I am rooting for this outfit, 100%. In the meantime, consider how you might gain some newfound purpose by churning a few more hours in your cubicle, in order to save a life or two (or two thousand!)

That’s not a flip statement either. The math is real. We can make a difference, if we choose not to look away.