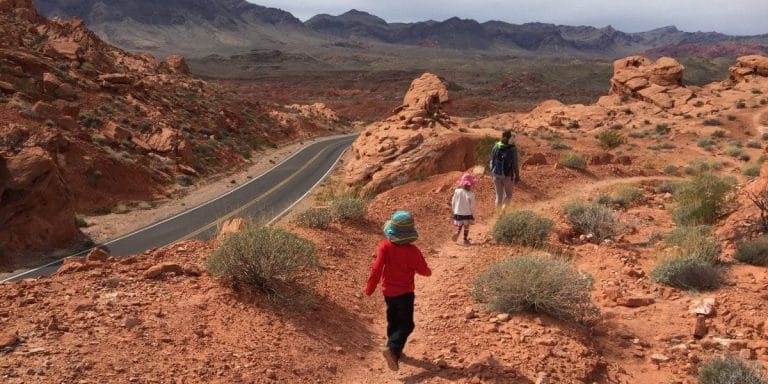 Vacations are great to recharge the batteries (especially, my friends, those 10-day-plus vacations).

I’m inspired to write about this particular topic, based on observations of my parents and in-laws. For aspiring retirees, this is not a topic to ignore.

My in-laws, by all accounts, have retired in style. They left behind the cold and blustery Midwest for the warm desert sun roughly a decade ago, just a few years before hitting 60.

To be clear, they’re not in a perpetual state of boredom. Not anywhere close. They keep a healthy social circle. Activities abound where they live, in a community designed for the 55+ set: Golf, bridge, fitness center, gaming, some travel, and part-time work keep their agenda full enough.

That said, my father-in-law has had a good run coaching part-time for the local school system, but he’s about at his rope’s end. Dealing with a chronically underfunded school system (and not-so-dedicated student-athletes) has its limits.

The trouble is, if he gives up the part-time gig, retirement boredom is sure to strike.

Traditional Retirement is a veritable booby-trap of boredom. You bust your hump over multiple decades. You spend two-thirds of your able adult life churning through jobs, paychecks, and bills.

Eventually, your kids are off to school, college, and weddings. At some point, you’re ready to have a slice of that freedom cake and be DONE.

Then, you get to the finish line. Crickets. For many, this is the reality. You find that your identity has inextricably become tied to the job you somewhat despised for all those years.

Your friends? They’re all back at the office. Or, they’ve scattered to the four retirement winds (Florida, Arizona, Nevada, and Texas).

Boredom can cause depression and anxiety. The good news is that most of us learn how to deal with the ups and downs of life as we age. Still, there are very real health risks with sitting all day watching television and eating a poor diet. Retirement should be filled with activities, learning, new hobbies, and new relationships.

Here’s my hypothesis: Boredom comes easy as a child when you have very few obligations. If you’re lucky enough, your parents will leave you alone long enough so that you can learn on your own how to cope with boredom, by using your imagination.

Growing up, I had tons of alone time to feed my imagination. I wasn’t plugged into every conceivable activity, because frankly, there weren’t as many of them back in the 70s and 80s. Kids were allowed to be kids.

So, if I wasn’t watching some inane cartoon repeat, I was exploring in the backyard, riding bikes with neighborhood friends, or building some Lego creation that I’d later demolish in a fight with my Kenner Tie Fighter.

The bottom hit about mid-way through college when I decided to stay in my dorm room through the summer as part of a summer work crew (painting, bunk repair, etc.) That ranks up there among the top 10 worst decisions I ever made up to that point in my life.

I had no foresight as to how lonely it would get when all my friends and the general student resident population cleared out of the building for the summer. That first week alone, in a huge abandoned dorm hit me pretty hard. I didn’t sleep well, and part of that was also thanks to a new friend I gained: a mouse. bloke wanted to share my Wonder Bread.

I learned a lot from the “summer from hell” experience. Boredom coupled with loneliness can easily lead to depression. I look back and debate whether I came close to hitting that “wall”.

Boredom subsides (generally) with steady work, relationships, and sharing a roof with a partner. Live-in couples have more options. Sometimes, just plain laying low and watching a movie with take-out makes us content.

Yeah, you might wind up watching too much golf on television while napping with the cat on a Saturday afternoon. So what? You’ve got companionship – that’s the key.

Parents Have Zero Time to Be Bored

Boom. All of a sudden you have a few kids and you find you don’t have time for anything. Boredom is simply not even part of the equation anymore. If you do get bored, it’s bound to happen at work. And when that happens, you find a good blog or three to fill the void.

Eventually, kids become more self-sufficient. School keeps them occupied, and friends start to take up more of their free time. You can see where this is going. Graduation, off to college (or a job, or the service), and a life of their own.

Then… Poof! you’ve become an Empty-Nester. But hey, at least you have your boring job to keep you occupied, right??

So when boredom in retirement strikes, it comes as a shock to the system. All of a sudden our routine built around obligations is missing. What can we do to fill the void?

I’m willing to wager that retirement takes the retiree full circle, back to early childhood… to a time before all the structured activities of life consumed him or her. But instead of free play and choice ruling the day, the new retiree is left to reconcile a loss of several decades of a routine, structured day. No wonder it becomes so easy to fall into the “Boredom Booby Trap.”

On that notion, I’m curious if over-scheduled, over-committed kids struggle with retirement boredom while free-range kids avoid it. The answer is probably obvious.

I found countless articles that reveal how quickly disillusioned retirees become, missing daily social interactions at the office and in their workday lives. These folks are flat-out BORED in retirement.

The obvious is worth calling out here: Some retirees struggle mightily to replace past, grooved-in routines.

The key is this: You’ve got to find a new structure (i.e., “routine”) with which to replace the old one. Whether you’re an early retiree or a traditional retiree. Kids need structure. Adults need structure. In the absence of it, we get bored. We act out. We can even become depressed.

Notice how I didn’t say you need to find new work or a new job? I’m not arguing that retirees need to work the assembly line to find gratification. But you do need structure to replace the conveyor belt you’re currently on, or you’ll fall flat on your face, and sooner than you think.

Things to Do When Retired and Bored

1.) Travel and/or volunteer. I put these together since it is entirely possible to do good work overseas in a volunteer capacity. Sure, see the world, but do so in such a way that travel adds to places you visit. The Peace Corps is an option. Volunteer Forever, Global Volunteers, and Go Overseas are all worth a look. If you choose not to travel, there are several ways you can volunteer services part-time, and in settings you enjoy. Don’t simply volunteer as a martyr if the work isn’t fun. This should be a win-win arrangement.

2.) Grow and maintain a garden. My grandparents thrived in the summertime with Victory gardens. There is something therapeutic about working the land and maintaining a few crops or flower beds. Heck, grandpa lived into his 90s, and I think that dirt under his fingernails was part of the reason.

3.) Go to college! Maybe you didn’t get the chance to finish a bachelor’s degree? Or perhaps a graduate degree would be a feather in your cap? Many seniors simply audit college classes for the simple sake of learning and engaging with like-minded people. When planning for retirement, it may be worth considering a location near a college campus for proximity to courses and fun stuff, like sporting events, lectures, avant-garde film screenings, and more.

4.) Help raise your grandkids. Blue Zone’s grandparents keep busy in later life by helping to raise the next generation. Based on the experience of my parents and in-laws, make this a part-time job too.

Looking after kids can be exhausting, but it’s also rewarding. Blue Zones are known for their concentration of healthy, self-sufficient, and long-lived people. The theory goes that strong longevity goes hand in hand with strong family bonds.

5.) Pick up a side hustle. There’s nothing wrong with working in retirement. Especially if it’s a part-time money maker that applies your skills and interests. Even if it’s something as basic as dog-walking or selling crafts on Etsy, you’re setting up a routine to ward off boredom. That’s the key.

Totally Bored in Retirement? The Curse Can Be Avoided

It’s no surprise that many retirees struggle with boredom. We have the “Never Retire” philosophy of Jiro, who’s still slinging sushi well into his 90s. What’s he going to do otherwise? On the flip side, we have a bevy of early retirees traveling the globe and sucking the marrow out of the good life.

I’m willing to bet that a retired existence that keeps you immersed in a passion (e.g., landscaping, writing, or oil painting) is the basis for a solid structure. I can’t wait to have the newfound time to read more, exercise more, and write more. Volunteer work can easily fit into this new structure as well.

Are any of you fine readers aspiring to retire in your mid-50s? Take a page from my friend Fritz (the Retirement Manifesto), who shares that after 60 days of retirement, LIFE IS GOOD.

His secret? Have a vision. Plain and simple, friends. Fritz and his wife spent the three years leading up to retirement envisioning their life in retirement. In his words:

“Think about what you want your retirement life to be, and begin building “bridges” (to) things that will last after retirement, while in your final working years.”

As for me? I likely won’t be slinging sushi (or burgers). And I won’t be living out of airplane terminals to hop from one exotic locale to the next. But I will be living within a structured routine that I find incredibly more rewarding than the one I’m tied to now.

Post-script 8/8/19: I had coffee with a former colleague yesterday who got a retirement package a few months earlier at another company. After two months of loving “nothing”, he realized how much he missed his career, and he’s since jumped back into the corporate arena for a final five-year stint. It goes to show that if you don’t plan for things to do when retired, boredom might just force you back into a cubicle!