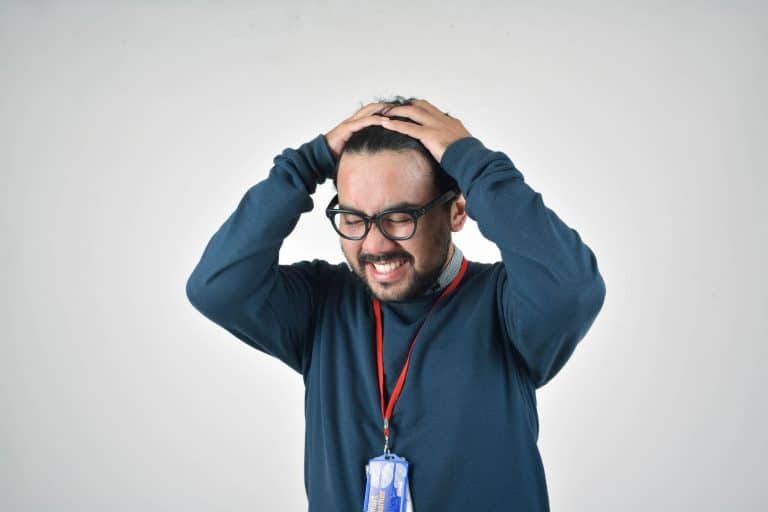 Bad bosses are a part of life.

It’s almost a prerequisite for existence in today’s society, where holding a job is pretty much required, and for a decent part of one’s life. Countless bosses who bully are lurking among us.

The main thing is to recognize when it’s okay to put up with a little a$$holery in your daily cubicle life or get the heck out of Dodge.

Bad Boss Exhibit A: The Senior Senator from Minnesota

Heartbroken. That’s the best way I can describe it. I’m a big fan of Amy Klobuchar. At least, I was. Until I heard about how godawful she treats people (specifically, her staff).

Over the years I had just assumed she was a no-nonsense, hardworking leader with an ounce of compassion and sure, high expectations. It hadn’t occurred to me that she’d be such an a-hole boss.

The attrition for her staff is among the highest of anyone in the Senate. And if there’s ever an a$$hole test for bosses, it’s turnover.

Some bosses take the easy way when it comes to getting what they want. The easy way, of course, is to shame people, belittle them, and somehow believe this behavior coaxes excellence out of them.

Think about it. If you’re a parent, what’s your gut instinct when your toddler does something wrong? Your trigger response might be to point a finger and let your temper come out in snap reactions. But if patience prevails, you learn how to raise strong and confident kids, without spanking, shaming, and demeaning them.

Read enough of that New York Times piece linked in paragraph one, and you get the sense that Klobuchar, an extremely hard-working public official, takes the easy road whenever it comes to eliciting strong performance from her team.

That’s a bit of a paradox, isn’t it? And it’s a head-scratcher for those of us who’ve dealt with our fair share of bad bosses. We wonder, “Geez, you seem so smart at the x’s and o’s of our business, but when it comes to people, you don’t have a CLUE!”

How to Deal With Bad Bosses: Know Your Enemy

Resilience is what allows many of us to churn on and on within the hamster wheel. Sometimes we grow it like a callus. Maybe we grew up with tough, exacting parents? Some of us were maybe just born with a stronger shield.

And it would appear that with time you acquire a sort-of “Survivor Effect”. (i.e., Stay on the island long enough, and you feel like you’ve won something.) Maybe you’ve gained the respect of a very bad boss, so why not invite her to your wedding? Ugh…

I’ve had my share of difficult managers over the years. Each one taught me something new about how NOT to treat people. In one case, I was the golden child who could do no wrong. I had found my groove and could effectively fly under the radar.

However, I got to witness firsthand how my manager treated others on our team. She had no problem belittling staff on conference calls and making their lives utterly miserable.

I had no desire to stick around in that environment, and I did whatever I could to raise awareness among other leaders of the a$$hole in our midst.

So I’d challenge Amy’s long-term staffers (the few who remain) to consider whether they’re contributing to the ongoing problem by adhering to some “Survivor Effect” mentality when they should walk away.

Easier said than done though when Klobuchar bad-mouths staffers to prospective employers. Jesus.

For all the posts I’ve written of late about the joys of sticking around Cubicle Town, I’ll concede this important fact: You’ve got to land with a good leader. You need an adult boss who treats people with respect and compassion.

And I mean everyone, from staff to waiters, drivers, customer service reps, oh yeah, and family members too. So yeah, resilience is great, but only when it comes to the work itself.

Don’t settle for a bad boss. Get out as fast as you can.

Let me be clear. This post is not a judgment on Klobuchar’s ability to tackle the toughest job on the planet. I honestly think her pragmatism and toughness are exactly what we need at this time. But political views aside, let’s ask the question: Can we possibly hope to have a winning team without an a$$hole at the helm?

There are plenty of examples from pro sports to back up the claim that you’ve got to not only be tough, decisive, and strategic. You’ve got to be a d!ckhead too. (See the Patriots, for exhibit A.) In other walks of life, there have been several a-holes to adorn the portrait walls of Corporate America.

So where are the leaders who inspire greatness without being jerks?

Try Googling “Leaders who treat their employees well” and you’ll get a blank stare back from the “Big G” in its search results. They’re out there though. And I’ll give you some anecdotal evidence from my personal career experience.

When I had an a-hole for a boss, my performance sucked. When I later had inspiring and trust-building leaders, who led by example rather than shame? My performance soared. Easy equation, no?

Amy Klobuchar can learn how to be an effective leader of people. She’s got a pretty rough history of going through staff like kleenex and forgetting the human aspect of an effective work environment.

A toxic work environment can be turned around. The best products and the most sustainable innovation emerge from trust-centered safe zones. Why should a senator’s office or a campaign operation be any different?

I’d recommend bookmarking Bob Sutton’s blog. There’s a TON of good $hit on why being an a-hole leader is self-defeating. But more importantly, there are tools to help you deal with this situation, and for self-aware bosses to overcome their a$$holery.

By the way, there’s a book by Sutton that I’m pretty confident will provide fodder for a future post on this topic: The No A$$hole Rule.

I hope Mrs. Klobuchar turns over a new leaf and becomes the leader that reflects the image she’s trying to portray. It is possible to be a tough and decisive leader, and bring an ounce of compassion to the mix.

How to Deal With Bad Bosses When They’re Famous

Let’s consider Steve Jobs for a moment. The late co-founder of Apple Inc. was notorious for his unfiltered and often abusive treatment of his team. High expectations are important for any manager to have of his or her staff, but Jesus, Jobs was over the top.

After his return to Apple for stint #2, a more mellow and grounded Jobs oversaw the single most incredible recovery of a large company in history. That’s in no small part due to his maturation and understanding that he needed to trust others to execute his vision.

Over time, we’ll see if the same holds for (Blank). (Blank)’s crazy, workaholic life has left a few employees in the dust. Not as mercurial as Jobs, (Blank) nevertheless has the same exacting standards that have taxed his team to the limit.

Then there’s Amazon founder and CEO, Jeff Bezos. He’s made comments about the myth of work-life balance, and there’s been a lot of justifiable scrutiny of the company’s treatment of distribution center workers.

We could probably spend an entire post examining this particular a-hole, so let’s plan it for a future date, shall we?