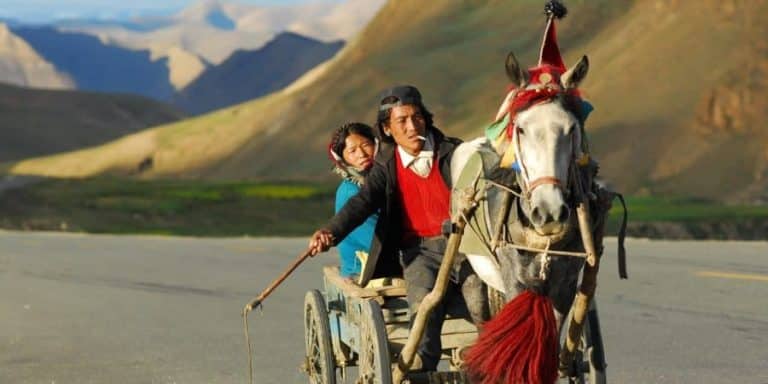 I started drafting this post on the day of our 11th anniversary. My ever-beautiful, awesome, and happy wife shared with me that morning how cool it was to have our special day on a Saturday, just like our original wedding day. I figured it high time I wrote about what an awesome partner she is, and how she’s made me a better all-around dude.

The first thing I appreciate my wife for is the competitive nature she brings to life. If you ever get a chance to take her on in a card game, bowling, golf, Wii Boxing, or backgammon, watch out.

She’ll bring some fire to that match-up. It probably comes from growing up with parents who were both coaches in high school. That or she just likes winning – nothing wrong with that!

I certainly had some competitive fire of my own, or I wouldn’t have convinced my honey-hun to marry me. But ever since we met, I’ve gotten more and more courage to take on things I might never have tried before.

A Happy Wife Transforms You

Take for instance running. When we met, I couldn’t run around the block without passing out from exhaustion. The only exercise I did was lift weights – and as a fairly scrawny guy, not anything particularly Arnold worthy. So along comes Mrs. Cubert, a star high school and collegiate runner. Before long, she’s got me running 5ks in sub-8 minute miles.

She got my lazy butt out on the ski slopes. Before we met, I had purchased all the gear and let it sit in my basement. She’s declared, “We’re going skiing. You’re not keeping all that gear to have it just sit there.” So off we went, taking on black diamonds without any technique, but having a blast crashing our way down Minnesota’s fiercest inclines. Happy wife? How about Happy Husband!!

She’s been an amazing companion in so many adventures I wouldn’t have taken otherwise. Thanks to her rock climbing friends, she had me scaling a beginner-style face right off the highway in Moab. Ask me how many times I’ve tried this since. And I don’t count the indoor climbing gym.

We’ve sailed on Lake Superior and nearly shipwrecked when an 80 MPH headwind slammed into us during a freak thunderstorm. My lovely wife was calm as a cucumber, napping down in the cabin. That certainly calmed me down, but I could’ve crapped my pants a few times that day.

A Happy Wife in Retirement

And now we’re raising twin humans. Life has been full of changes for both of us. Not all that long ago my lovely got hooked on kettlebells. The gym we go to is the kind where after a one hour class you feel like you’ve been through the first day of Navy Seal training. It’s a distant cousin to cross-fit, only a supremely more intelligent version, with an incredible variety of head to toe exercises.

Ever heard of burpees, weighted ropes, pull-ups, and double kettlebell squat presses? You get the idea. If there’s a bigger challenge out there, Mrs. Cubert is going to face it head-on, and bring me along for the ride.

When it comes to business, we feed off each others’ ambitions. She raised the bar big-time striking out on her own to start-up a clinic with other practitioners. Her patient volume is off the charts, and yet she still finds time to be with our kids and teach part-time at the gym. It kind of gives me zero excuses for just sticking with the little old’ day job, no?

I haven’t mentioned the superior kitchen skills. That’s right, Mrs. Cubert is a scratch cook chef, capable of whipping up the most elaborate vegetarian dishes this side of the Twin Cities. There’s nothing better than coming home after a long day and have my family home, and the wafts of an amazing dinner once I walk in the door.

You get the idea. She works hard.

When it comes to managing our household finances, we’re effectively on the same page. It’s not always an easy conversation. See, she’s more interested in helping people solve their physical health problems than she is making a fast buck. Her husband is the Hamburgler who tries to sneak in pointers about raising treatment rates and lowering expenses. All with the good intentions of course!

It took a while to convince her that the rentals were a good idea. Starting, it seemed I was over at our first rental every free hour I wasn’t in the office. It took nearly two months after closing to get a tenant signed onto a lease.

She stuck with me through all the growing pains. Today, I’d be hard-pressed to get a new rental off the ground without her help (elbow grease) and input (is that a nice paint-color for this room?)

After I discovered the early retirement and FI community, I did what I imagine a lot of us “fix it” types do. I act like I just saw a burning bush and have urgent revelations to share.

(me) “Honey, it’s time we considered selling the car and moving into the condos next door to my office.”

Okay – that’s an exaggeration. But I was moving too fast and not thoughtfully bringing my wife along for the ride.

Needless to say, I tend to jump in full-bore on things that capture my imagination. Early retirement was my Nestea Plunge.

In the beginning stages of my conversion to frugality, the simple, mighty, and elegant bicycle was center stage. I rode the 10-mile round trip trek to the big box hardware store with a bike trailer in-tow. I plowed through the snow to drop packages at the post office. This newfound inspiration would be the new way we did errands in our household, by golly!

(she) “I need to go grocery shopping.”

(me) “You’re going to take the bike and bike trailer, right?”

(she) “No.” (with a facial expression that gave away an easily discernible “f*ck that!“)

Well, it was wintertime after all. In hindsight, I pushed a bit too hard, too fast on the extreme frugality front. When it was time to jump on the Costco bandwagon, she was, shall we say, reluctant.

(me) “Let’s go to Costco today. You know, just check it out. See if it’s worth the membership…?”

(me) “It’ll be fun. The kids can ride around in the giant shopping carts. We’ll save a sh*tload of money today buying stuff.”

Fortunately, we already had a good set of habits to lean on, thanks to HER. These habits included cooking our food and relying on consignment shops for clothing and kids’ stuff. My amazing wife has always been enthusiastic about a “steal” or a great bargain, and I love her for that.

A Happy Wife in Retirement: Priceless!

I wasn’t looking for a frugal superstar when we dated. Bargain hunting wasn’t a quality I was after. Nope. I was after a very attractive, witty, and intelligent partner who I could enjoy life with for the long haul. Honestly? I won the lottery when I found my wife.

Similarly fortunate, Mrs. Cubert won a pull-tab with me: a not-bad looking goofball who thinks he’s smarter than he is. But hey, if nothing else, I make good kids!

It’s crucial for a life of no regrets to continuously show appreciation to your life partner. Communicate often and openly. Make sure you’re on the same page with your long-term goals. If you fail to do these, early retirement is bound to be an elusive endeavor.