This post may contain affiliate links. Please read our disclosure for more info. 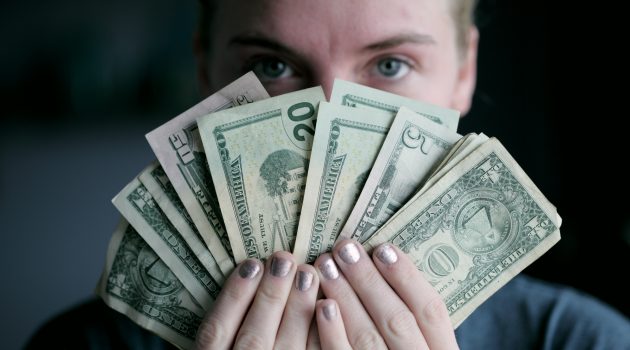 Our condo in Northern Michigan has continued to provide a strong and reliable stream of income. Since we opened for business back in 2018, the area has become even more popular with demand outpacing rental supply. That’s great news for short-term rental hosts, but it hasn’t come without a few bumps in the road.

What changed? The pandemic probably played a role. Many of the guests we hosted wanted to simply get away from the urban centers of New York or Wherever, USA, to a low-density area with great natural amenities. Ironically, COVID-19 rates were spiking in Northern Michigan as much as Anywhere USA in 2021.

Nevertheless, guests flocked to Michigan. We had families with little kids who hunkered down for stays of over four weeks during the doldrums of early spring. With high-speed Internet, the ability to work remotely made short-term rentals that much more attractive. Remember when the lock-downs began in March 2020 – and Airbnb had tons of cancelations?

A Swarm of Derelict Hosts

Our unit was the first Airbnb in the condo development. It was the only one too, for three years running, from 2018 up until last year. In 2021 the floodgates were opened and three more units changed hands and became Airbnbs.

I don’t mind a little competition, but the newbies started giving us hosts a bad rap. One new host allowed guests to bring their dogs. That’s plural with intent. A guest of theirs brought three monster dogs for a weeklong stay and the animals terrorized the full-time residents. Not to mention the giant turds in the courtyard.

Another new host seemed to think it was okay to sleep up to six guests in her 1,000-square-foot unit. Normally no one would complain until the parties shook loose the building (and the nerves of the residents on the other side of the wall).

Heck, there was even a guest who decided to take a nap on the concrete of the carport. I’m starting to wonder where these new hosts were digging up their guests since we all were using the same platform – Airbnb. Oy…

Compounding the growing anger of the residents were new regulations dropped on short-term rental hosts by the county. 2021 could you just be over now too?? The county now requires all vacation rental owners to complete a thorough third-party inspection, and deliver letters to neighbors about their intent to host guests. And pay a license fee.

The county laid out rules that prevented us from renting out to six guests due to fire code restrictions. Sadly, the county isn’t equipped to enforce the rules they created. However, the condo association is equipped, and they’ve voted to restrict guests to 4, and dogs are banned. Sorry, Fido (and friends).

Airbnb Host Tip: Reach out to all new hosts in your immediate vicinity and form a host group. This keeps all hosts aware of new regulations, municipal or otherwise. More importantly, hosts can share complaints and grapevine news.

Hosts need to be mindful of their neighbors not just out of common courtesy, but to protect their Airbnb cash cow from being shut down! See my other Airbnb host tips in this post.

Beyond Pricing Has Steadily Improved Our Revenue

The beat goes on so far this year. A steady stream of guests has us on track to yield as much or more net income in 2022 as we did in 2021. Demand hasn’t waned a bit despite record inflation. Beyond helps ensure our cash flow remains not only consistent, but growing.

One of the positive effects of having more hosts to compete with next door? Better pricing. When ours was the only Airbnb “on the block”, we had limited data to formulate our base price. Once we had a new STR open below and next to us, we learned they were charging more than double what we were. DOH.

Turns out I was late to recognize the true market demand for our unit. Our pricing service, Beyond Pricing, isn’t capable of determining the optimal base rate, but with a little trial and error, you can easily narrow in on it. It’d be great if Beyond can eventually beef up its features to help set base rates.

But this much is clear, Beyond is certainly performing well-beyond expectations. Without its sophisticated pricing algorithms, we’d be missing out on countless bookings and significant revenue.

Airbnb Host Tip: Tweak your pricing such that you fill most of your vacancies about one month ahead of time. You don’t want to fill a bunch of bookings way out into the future. That means you’ve underpriced your listing. Apply a pricing strategy similar to what the airlines do.

Beyond Pricing allows hosts to set higher premiums the further out the booking is. Then, when you get within a couple of weeks, you can apply discounts to ensure no vacancies. Pricing your listing requires ongoing diligence and tweaking. Don’t simply set and forget or you’ll forfeit a huge chunk of potential revenue!

Oh yeah, that early retirement thing! Almost forgot… Real estate investing has proven to be a real winner for us. We took some major risks in the beginning – taking out home equity and 401K loans to acquire properties we weren’t sure would yield cash flow. But we did our homework and these were well-informed risks.

The same can be said for our Airbnb, hands-down. I recently had a contractor at one of our long-term single-family houses suggest that I make all our “LTRs” into “STRs” (Airbnbs). It’s tempting, but consider this: Condos are inside only.

Houses have all that fun exterior stuff, including lawns and landscaping to tend to. Now if I gave up the day job in Corporate Crazytown, I might have the time and energy to try this model. We’ll see.

But for anyone looking to break into the host racket, I suggest starting with a condo before branching out into houses.

I’ll expand more on my retirement plans in the next post or so. Being financially independent is an amazing thing – one less MAJOR cloud over your head. But giving up a handsome paycheck is difficult. That hasn’t changed.

Interested in starting up an Airbnb cash cow of your own? Sign up here to start your journey today.

Cubert is a proud supporter of Children’s HeartLink. All blog earnings are donated to this and other causes.