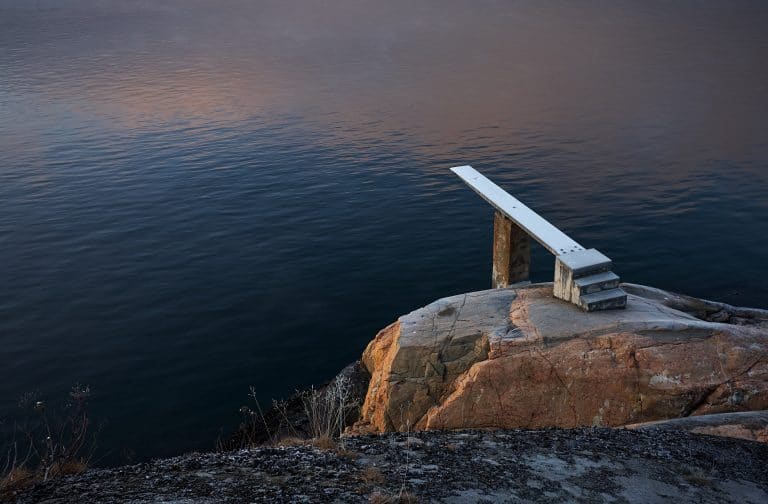 I had nearly thought that every topic on personal finance had been thoroughly exhausted, until I came across the headline, “Why we’re too afraid to get rich“, by reporter Alyssa Pry. This notion of wealth fear comes from Jen Sincero, author of the book You Are a Badass and its follow-up title You Are a Badass at Making Money.

Sincero feels that many of us are afraid to get rich. My immediate reaction to this notion is “clickbait!” But I’ll reserve judgment and remain curious, as we explore the psychological hang-ups we have about being loaded.

The “Badass” author suggests that a primary fear we have is essentially the fear of being a douchebag. So how do we avoid becoming one of those, when all we want to be is a badass? We certainly have our wealthy types who are generous and down to earth… Dare I say “loveable?” Tom Hanks? Barbara Bush (Rest in Peace)? Oprah?

But when we think of wealthy people, we generally default to the bad actors. I’m guilty of this. Just yesterday while riding home through a ritzy neighborhood (NOT mine), I witnessed a drunken pro hockey player crash his big black Cadillac Escalade into a parked car.

Douchebag. He’s lucky he didn’t take out the nearby dog-walker and his sweet little Yorkie.

I’m Skeptical Whether Anyone Is Truly Afraid to Get Rich

At any rate, if avoiding being a sinister rich person is a barrier, I need to learn more. Are we so judgmental of wealthy people that we subconsciously sabotage our opportunities to become rich?

Sincero claims in Pry’s report that “… in our subconscious, we think rich people suck, [and] we think that if you get rich, it means you have to compromise your morals.”

Whoa. I wonder what Dave Ramsey thinks of that? Or how about the televangelist who’s prayerfully asking for a private jet?

In Pry’s piece, Sincero comes around to my more common, pedestrian perspective. The author admits that to become rich, “…you have to be open to taking risks, and doing whatever you can to reach your goal. It’s not easy for everyone.”

Okay, I can get behind that. But fear of taking risks and breaking through comfort zones is much different than trying to avoid being a wealthy douchebag.

Which leads me to this quote from Sincero. One that might have a little Walter White ring to it:

“I find that in my own life and with the people I’ve been coaching when people decide to get rich, they’re available to do things that are outside of their comfort zones and stretch themselves,” she says.

“You have to be available to do whatever it takes, and that’s where people get tripped up.”

I don’t think by a long shot that Jen Sincero is proposing we drop the legitimate work we’re doing now, to take on some nefarious meth lab operation in our basement or Winnebago. Though that would certainly qualify under “do whatever it takes.”

Legitimate ways to “do whatever it takes” and make money include:

This is far from a new territory. A Business Insider post from 2015 dives deeper into the topic. In the article, “How Rich People Think” author Steve Siebold shares that “The biggest thing holding back most people from striking it big are their thoughts, beliefs, and philosophies about money.”

Fear, and specifically, the fear of rejection and failure, are at the root of the problem. If we want to make it big, we have to think and act big. In my case, maybe that means I should be applying for VP jobs in my own company, or elsewhere. Maybe the VPs at my company should consider striking out to form their own small companies?

Many of us do get trapped a bit in our comfort zones. Complacency can set in quickly, especially when other obligations take priority. Raising a family, taking care of aging parents, or minding your health problems are valid barriers. But not necessarily “fear-driven” barriers.

That said, there are quite a few worker bees out there who love to play the victim card. You know the type. They’re not getting ahead because of someone else’s problems, never their own. It’s their boss’s fault, their company’s fault, or their colleagues’. Executives and entrepreneurs who navigate to success tend to focus inward and typically avoid this destructive mindset.

Of course, our hero went on to sell a bazillion books, not unlike Harry Potter author, J.K. Rowling. When people like Sincero come along to share what’s worked for them, it would be wise to listen methinks…

Making money is never a bad thing. You need to know how to protect your assets with portfolio diversification. Avoid living large, but be generous. There’s a key distinction there: It doesn’t make sense to be a lonely miser to hoard your wealth. Keep a small footprint, but don’t be opposed to buying your friend’s a cup of coffee or lunch from time to time.

Remember to give to worthy causes, not out of a sense of duty but because you recognize how uneven the distribution of wealth is in this world. Compassion should be the main driver behind anyone’s desire to get rich.

And finally, know that those with super high salaries have an innate salesperson’s ability to forge strong relationships, and back up their words with actions and results. Think of it as strong EQ powered by utmost confidence. If you bring that A-game into an arena where large salaries and bonuses flourish, you’ll soon earn what you deserve. Leave your imposter syndrome demon’s at the door and go kick some ass!

Do you agree with Jen Sincero or Cubert for that matter? Please comment below!