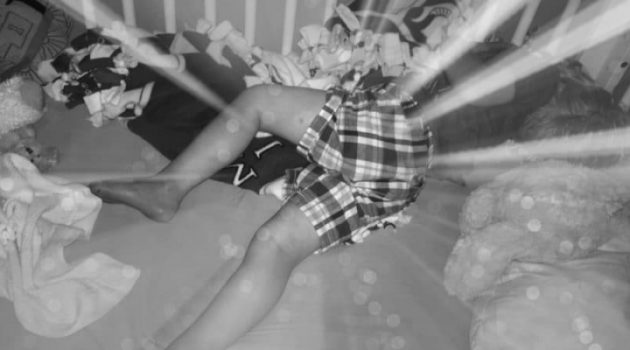 This headline must be causing a few eye-rolls out in the ether.

Here I am offering up snake oil health advice to my loyal readers. Now, why would anyone in their right mind make a habit of waking up as early as 5AM (much less going lights-out before 10 PM)?

Let’s dive into that topic, but be sure to grab a cup of coffee first…

5AM Wake Up Call? Who Are You Kidding?

I’m in the middle of a little productivity-boost experiment that started just this past Wednesday. Since this blog had recently turned into “Abandoned Blog” with no new posts or content since March, I figured I had to do something to get back into the groove.

I looked at my lovely wife for inspiration. The “simple trick” is to start your day off early: in 6 AM or even 5 AM territory. Are you up to the challenge?

Statistics Show that In the U.S.:

Could we do better by our sleep scores and grumpy attitudes, by hitting the hay before 10 PM and rising by 6 AM each day? I think we can.

Starting Your Day One Hour Earlier

Revolutionary, isn’t it? Yet, here I am, in front of the keys typing about this amazing discovery for your benefit! Let’s take a look at how this very basic little shift in a daily routine might yield some unexpected benefits.

Admittedly, I’m not (and never have been) a morning person. But certain compelling forces can ultimately demand you become one. Lessee… There’s school, military, many jobs, farming, and so on… (even, gasp, BLOGGING!)

For a little background on our home situation, the twins are four now, and one of us parents finally gets the luxury of “sleeping in” until 7 on weekends. Though, this new 5 AM habit is bound to make sleeping in a thing of the past.

I can vaguely recall days when I might’ve slept in until practically 10 AM on weekends, when I was single, maybe in college. Did I miss class again???

Even more surprising to me is how, over the last several years, Mrs. Cubert has morphed into an early morning riser. When we met, she was the MOST unhappy morning person. Wake at your own risk.

I have pillow-inflicted scars to prove it. And yet, a couple of years ago, she plunged into an early morning routine to get in a daily work out before a busy schedule of patients. Rising at 5 AM is now standard practice for her, and until this week, I had been more than happy to keep on snoozing until 6:30 AM.

In case you’re thinking I’m advocating for a shorter sleep schedule, I’m not. You’ve got to get a solid seven to eight hours of sleep each night if you want to survive your cubicle job, my friend. If you’re one of those rare individuals who can function on less than seven hours of sleep? God bless you.

Take advantage of that superpower. For me and the Mrs. though, our night concludes at 9:30 PM, thanks to our newfound 5AM rising habit.

As a side note, sleep just isn’t something to mess with. After having twins, you find that out pretty quickly. When you consistently miss sleep, all sorts of bad things start to happen to your brain and your body. I now use a FitBit to track my sleep patterns and it is quite revealing.

Mental and physical recovery is the crux of a good night’s sleep. Ditch the electronics from your bedroom, except for the alarm clock of course. Make your bedroom as dark as possible with black-out shades. Imagine how good caveman sleep must’ve been (once Grok found a cave far away from the lion pride, and discovered the Pillow Man…)

With our sleep schedules now aligned, my wife and I can avoid disrupting each other’s sleep. Before this experiment, I’d be coming to bed an hour after she’d already fallen asleep, and despite being as quiet as I could be, I knew I was disturbing her Z’s.

Before this new alignment, her early start would wake me up and I’d have to sneak in that last precious hour of sleep before I got up for work. Now that we’re in sync, I don’t lose AM sleep like I used to. Another win for marital bliss!

At the end of the day, our brains are fried. Mine sure is. I have a hard enough time engaging with my family after 9 to 10 hours of shoveling emails and conference calls.

The same is true with Mrs. Cubert, after a long day of gym, patients, and kids. We both want to veg out, connect on our days, and watch Colbert segments on YouTube, or whatever series is up in the queue on Netflix. As I’m typing this post it just dawned on me. Not only am I able to produce more blog-foolery from a content perspective, but I’m also sparing myself from unnecessary TV time.

Let’s see… One hour less per night means 365 hours less per year, which over 30 years are well over 10,000 hours. It comes down to this: I could either let my brain go on auto-pilot each night watching Anthony Bourdain bop around the world or, I could invest 10,000 hours over the next 30 years becoming a better writer and producing. I think I’ve just re-inspired myself.

What I’ve found after just a few days of this experiment is pretty eye-opening. By simply shifting my schedule to start the day an hour earlier, I’ve opened up a new window of time when my mind is much more fresh and ready to type exciting financial anecdotes into a computer.

In short, I’m now able to write up a spiffy blog post. Before the 5AM habit, I had been wasting this most valuable hour, hour and a half in the evening… to watch Netflix. I can honestly claim a 100% productivity increase, having gone from zero new posts to now posting at least three times a week.

Our daily challenge is to try to wear out the kids, so they’re down by 8:30 PM each night. With the new “early rise” schedule, assuming the kids are pooped out and ready to let Mr. Sandman take them away, we get a whopping one hour of “veg time” before hitting the hay. That doesn’t seem like enough, but as with most things in life, there are going to be trade-offs.

8/3/22 Update: Full confession. My new routine since June of ’22 has been to hit the sack between 9:30 and 10 PM, then wake up, and roll out of bed between 6:30 and 7 AM. It turns out I need between 8 and 9 hours of sleep each night to feel refreshed and achieve decent sleep scores > 90%. The biggest change? Waking up without an alarm clock. It’s pure heaven!

The findings from my experiment over these past few years are: